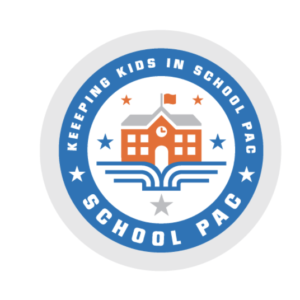 back to School PAC
News

HATBORO – Local parents who filed suit to get their kids back in the classroom are taking the fight from the court house to the ballot box:

Schillinger, fellow Hatboro-Horsham School District parent Denise Stasuk and 11 other parents filed suit in December targeting the school administration and some school board members citing the need for in-person learning for children.

Now with 7,000 people from across the state interested in joining the effort, the group has launched a website: www.PIPE4Kids (Parents for In-Person Education). They also have a new Facebook page, Keeping Kids in School PAC, with links to local Facebook groups in communities around the state and a request to donate funds for candidates who embrace their cause.

“That’s our first question, the most important one, for prospective candidates,” said Schillinger. “This is bi-partisan. Our research has shown that the majority of parents — Democrat or Republican — believe kids need to be in school. We are going on 10 months now of them not being in school. We want to see leadership that stands with us on this very important issue.”

Schillinger said they don’t anticipate parents, particularly in this economy, will have a lot of funds to donate. “We are asking for people to donate $20 to join this effort,” she said. “What is happening is a lot of people from around the state are reaching out and want to help, and they have been asking ‘how do I run for the school board?’ or ‘how do I run for local office?’ We were advised the best way to get started on this was to start a political action committee and today, we launched it.”

The organizers of PIPE4Kids are hoping to continue to gain interest from voters, parents and people interested in becoming candidates to change the current remote learning platform.

“I’m really disappointed in our elected officials for letting our kids stay home for 10 months,” said Schillinger, noting that the massive vaccination program may take many months to get to the majority of Americans. “I’ve been hearing crickets from them. Where are you? This (COVID-19) isn’t going away any time soon.”

Noting that some people are looking for a partisan motivation behind the effort, Schillinger said it is most definitely not for her or for the PAC.

“This is our issue,” she said, “and this is an issue the majority of parents are behind. Now we need candidates and we need funds to help us make that change.”

The lawsuit from “Voice for Choice” parents was filed in Montgomery Court of Common Pleas in mid-December. The group is represented by Neshaminy, PA-based attorney Christopher Coval of Fenningham, Dempster and Coval Law.

“There are many things that the school district can and should do for safety during the COVID-19 pandemic,” Coval said when the lawsuit was announced. “Shutting them down for in-person learning is not one of them.”