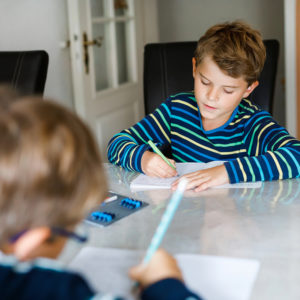 HORSHAM – A group of parents in the Hatboro-Horsham School District said Tuesday they’re suing to have schools in the district reopened, an attorney for “Voice for Choice – Open Our Schools” tells Delaware Valley Journal. The parents have filed a civil suit in the Montgomery County Court of Common Pleas against the district administration and five school board members.

“This is a big deal,” said Clarice Schillinger, one of the parents spearheading the effort. “It came after many months of tireless work to get our kids back in a classroom setting. We’ve been to many meetings, spoken publicly, and tried so many ways to get this addressed. Honestly, we have exhausted all other avenues.”

The “Voice for Choice” parents group hired attorney, Christopher Coval of Fenningham, Dempster and Coval Law in Neshaminy, PA, to represent their case.

Coval said that one of the driving forces for the group’s decision to file suit was the amount of time students have spent in virtual learning.

“There are many many things that school districts can and should do for safety during the COVID-19 pandemic,” Coval said Tuesday. “Shutting them down for in-person education is simply not one of them. This is the conclusion of the leading scientific research, data and guidance from the CDC, CHOP, Dr. Fauci, and the Governors of seven northeastern states, including Pennsylvania. The majority of other schools in the area, both public and private, have reopened for safe, in-person learning experiences, which children desperately need.”

“At this point, the lack of in-person education in the Hatboro-Horsham School District is unreasonable and in violation of the Public School Code of 1949,” he said.

The complaint alleges that by keeping the schools closed for in-person learning, “the defendants have arbitrarily neglected  fundamental duty set forth in the code — i.e., to operate a school ‘building’ for the education of ‘every’ child.”

Schillinger said the parents’ shared concern was that “kids are really suffering from these school closures and online learning is difficult for so many of them. There is a lot of depression,” she said, noting that abusive situations for children are much harder for teachers and school authorities to discern “because the kids aren’t in school in front of them.”

“We recognize that the pandemic is with us,” she said, “and will continue to be for likely several months from now, but we have [Centers for Disease Control] guidelines to work with, let’s give our kids a chance to go back to school and follow those guidelines to do so safely.”

Multiple studies have found that American students are falling behind under remote learning programs, with the worst results disproportionately among students of color. A new study by McKinsey & Company released earlier this month found students are likely to have lost an average of nine months of learning in math, and students of color could be as many as 12 months behind, due to remote learning and school shutdowns in response to COVID-19.

Hatboro-Horsham School District Superintendent Scott Eveslage said the district found out about the lawsuit Tuesday “to force our schools to resume in-person education and remove some members of our board of school directors. The district, however, has not yet been formally served. At the appropriate time, the district will respond to all legal filings and defend our actions.”

Eveslage defended the district’s stance in a prepared statement.

“The Hatboro-Horsham School District is continually dedicated to providing an excellent education for our community’s children including while we navigate the COVID-19 pandemic,” the statement reads. “Every recommendation, decision, and action taken by the District is done so in consideration of our responsibility to the education, health, and safety to our students, staff, and community at large. Our schools remain open, although in an exclusively virtual format for a temporary period of time.”