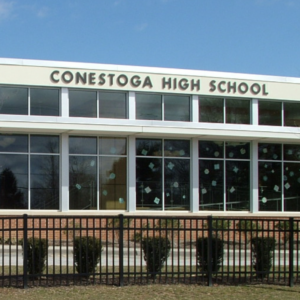 A parent filed a federal lawsuit against the Tredyffrin/Easttown School District Tuesday claiming the district violated his First Amendment rights.

Ben Auslander says the school district and its business manager, Arthur McDonnell, violated his constitutional rights by ushering him out from a room where he was perusing documents that outline the Critical Race Theory (CRT) curriculum the district is using.

CRT is a controversial and divisive theory being used in the curriculum of many school districts and has brought parents out to school board meetings to object. Parents found out about it when their children had in-home schooling due to the pandemic.

Stemming from Marxist philosophy, CRT teaches children they are oppressors if they are White and victims if they are Black. While many districts have denied they teach CRT when confronted by parents, one former T/E board member, Kyle Boyer, openly admitted it at a board meeting last July.

The district denied Auslander’s request “to provide the records, lessons, and materials, but granted an in-camera (in person) review of the material created by PEG,” the suit said. Auslander began to take verbal notes in a smartphone voice recorder about the voluminous material. When he refused to stop,  McDonnell escorted him out.

“McDonnell also called the school district’s attorney and threatened to call PEG’s attorney,” the suit said. “After Mr. Auslander refused to stop recording his voice, defendant Mr. McDonnell terminated the meeting and ordered (him) to vacate the premises,” the suit said.

Auslander “seeks a preliminary injunction against defendants prohibiting them from interfering with his constitutional right to speak and record his voice while conducting a public records inspection. He also seeks nominal damages.” 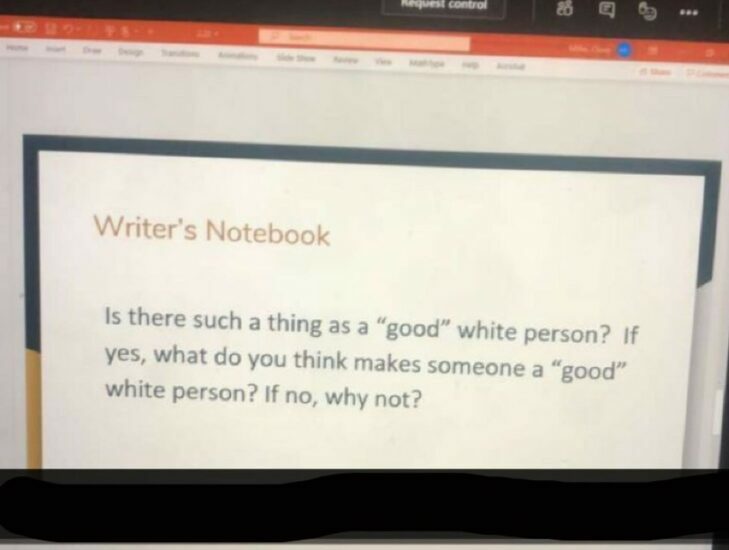 “School systems across America desperately try to hide from parents the instructional materials developed by highly paid consultants to indoctrinate our children with critical race theory and other biased, partisan materials. In this case, the Tredyffrin/Easttown School District was so desperate to keep information from the public that it blatantly violated Mr. Auslander’s First Amendment right to document the instructional materials used to develop curriculum in his child’s school,” said Gene Hamilton, vice president and general counsel with America First Legal, which filed the lawsuit, along with Villanova lawyer Wally Zimolong.

“We look forward to continuing to stand up for parents like Mr. Auslander and hold school districts accountable that believe that parents surrender their constitutional rights when their children walk through the school doors.”

Kenneth Roos, the T/E solicitor, said Auslander’s First Amendment rights were not violated and that the district was complying with copyright law when officials refused to allow Auslander to make recorded notes about PEG materials.

“The fact is, it was copyrighted and Mr. Auslander was told what the restrictions would be and we followed the restrictions that were laid out by the Office of Open Records,” said Roos. “He was given certain ground rules to follow and he wouldn’t follow those ground rules.”

The district is required to protect the copyright held by PEG, he said.

“Whatever the district did was to protect the copyright. It had nothing to do with the content of materials,” said Roos. “It could have been anything.”

Parent Andrew McClellan, whose son is a student at Conestoga High School, said T/E officials are also paying PEG to train teachers and other staff in CRT. Numerous parents have spoken out at school board meetings against the CRT curriculum, yet the district continues to use it, he said.

“We literally had to get a lawyer to look at the curriculum,” said McClellan, regarding Auslander’s ordeal.

“All of these people from the White House to the school board work for us,” said McClellan. “They have forgotten that. I’m doing my best to remind them.”