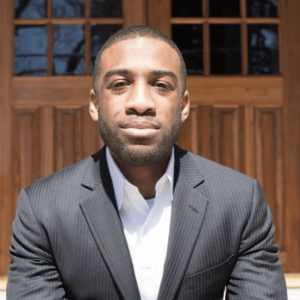 T/E School Board Member to Parents: Our Use of CRT Isn’t The Problem, You Are

Tredyffrin/Easttown School Board Member Kyle Boyer acknowledged the school system uses elements of the controversial Critical Race Theory in classrooms, but he told the audience at a recent school board meeting that CRT isn’t the problem. The parents who oppose it are.

“There are elements of Critical Race Theory or critical pedagogy. Of course there are,” Boyer admitted during a contentious June 14 school board meeting. “There were before we started working with PEG [Pacific Educational Group].”

PEG is the consulting firm the district is paying up to $6,000 a day to train staff in equity and inclusion, according to its 2020-21 budget. Later in that same meeting, the board voted to continue the training during the summer.

Parents packed the meeting to discuss the use of CRT, a race-based theory teaching that all White people are racist and advance “white supremacy” in a nation imbued with “systemic racism,” regardless of the individual actions or beliefs of White people. While some parents offered their support, the majority were adamant in their opposition.

“I’m not against talking about race, but I am against racism,” said Gene Thompkins, an Easttown resident, during a public comment period that lasted about two hours, adding he was “shocked beyond belief that Conestoga High School accused America of systemic racism.”

Deana Wang, an immigrant from China who is running for a seat on the school board, said, “Critical Race Theory is creating an indoctrination environment that will constrain children’s creative sense of self. And consequently will limit their analytical productivity as adults. Critical Race Theory, furthermore, will divide our community. It derives from the same root as critical Marxism, an ideology that shaped the Chinese Cultural Revolution that we, Chinese American immigrants, see a lot of similarities.”

A Tredyffrin told the story of her daughter coming home from school asking, “What is white privilege and how does she have it because her teachers are telling her. That is disgraceful.”

She started an online petition against the CRT curriculum that now has more than 700 signatures. “Telling people they have privilege because of the color of their skin is racist.”

Boyer, who is Black and once taught social studies in the district, spoke at length in reaction to the parents’ objections.

Boyer said he believes the 40,000 people who live in the district support the district’s diversity and inclusion efforts, but he called out those who spoke out against that program, saying, “Even I, with all the things I’ve experienced in  my 33 years, have never experienced anything like tonight, ever.”

“Thank God that I’m a board member. Because this is exactly why I ran for the school board. Because of stuff like this, because in our community, there are folks still who don’t get it,” he said.

Although CRT is rooted in Marxist politics, Boyer downplayed the issue of communism and compared it to sharing.

“What elementary parent would not want sharing reinforced in their elementary school? Who would say we’re teaching ‘communism?’ Sharing is pretty central to communism. But we’re not teaching communism. We’re teaching them to share. Because sharing is something that every elementary student should learn,” Boyer said.

Board President Michele Burger said the entire board backs the equity, diversity, and inclusion curriculum and asserted it would continue to be the board’s policy. However, she denied that Critical Race Theory was a part of the teachings, contradicting what Boyer had said previously.

“There is nothing dangerous about sharing your perspective,” said Burger. “What’s dangerous is when we stop listening.”

Superintendent Richard Gusick said the district has been working on the topic of race and inclusion for the last few years and the board had approved an Equity Statement in October 2020.

“Locally, we must all be willing, myself included, to look with a critical eye how racial differences play out in our schools,” Gusick said.

School Board Member Rev. Scott Dorsey, who is African American, spoke about growing up in the district. He said a Conestoga High School guidance counselor told him to consider trade school instead of college, but his mother intervened. He went on to graduate from Kutztown University and Cabrini College, he said.

Judging from the audience’s remarks, “There’s a lot of work to do,” Dorsey said. “I remember when they called the Rev. King a communist… [former FBI Director] J. Edgar Hoover normally called him a communist. Because any time someone bucks the system, the best way to deal with him is to label them as trouble or something that is bad.”

One mother who, like Wang is also a Chinese immigrant, likened CRT to China’s Cultural Revolution, which killed “up to 2 million people.”

“It was common in that dark time to see some students beat their own teachers to death,” she said. “And all Chinese immigrants can tell this kind of story. CRT makes hatred and fear. It brings Communism and racism to our school and society…It will bite most of us, including people who support it, teach, and spread it.”