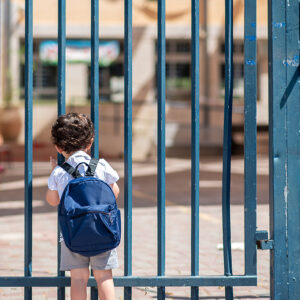 A parent-backed political action committee pushing for a return to classroom instruction says it has proof the state’s teachers union strong-armed at least one school district to keep its classrooms closed.

“Upon review of a ‘Right to Know’ request submitted to the Central Bucks School district, our worst nightmares have come true,” according to a statement from the Keeping Kids in School PAC. “One of the largest, most powerful and most funded unions — the Pennsylvania State Education Association (PSEA) — is strong-arming schools to keep the doors closed and kids at home isolated.”

The parents’ case is simple: Central Bucks School District Superintendent John Kopicki sent an email on June 16 to school district employees notifying them the district would rely on the guidance of the public health director to “to inform our own health and safety plans,” in preparation for the 2020-2021 school year.

“All CBSD team members should begin making arrangements for a return to in-person school and work activities for the 2020-2021 school year,” Kopicki’s note states.

“The recommendations to have full time, five days a week in-person instruction came from Dr. Damsker,” the PAC noted.

But a month later on July 17, despite a downward trajectory in cases and no change in health department recommendations, Superintendent Kopicki informed families in the district that fulltime instruction was out. Learning would be hybrid or online only.

What happened? According to an email timeline, the PAC claims, the teachers union intervened.

The day after Superintendent Kopicki announced a return to classroom instruction, a Central Bucks Education Association representative requested the union be included in planning meetings for the upcoming year, “to disseminate accurate information to our membership.” The email, complaining about a lack of CBEA officers in the summer planning scenarios, was sent to Kopicki and a similar one was sent to an employee in human resources.

Kopicki then sent out another email to district personnel on June 19th, apologizing for the previous news release that “sounded like a decision had been made” regarding a return to regular in-class instruction.

“My intention was to express that we are preparing for many different possibilities for the fall with the hope of reopening the schools,” Kopicki’s email says, adding that the pandemic “has been extraordinary and created situations that many of us would not have anticipated.”

On July 16, Dr. Damsker sent an email to Bucks County school superintendents highlighting the fact that guidance from the Pennsylvania Department of Education had not changed — except for the addition of mandatory mask-wearing in schools.

The next day, Kopicki dashed the hopes of parents for a return to regular instruction.

The issue of how and when kids will go back into school full time brings parents everywhere to a boiling point.

But PSEA spokesperson Chris Lillienthal said the union does not tell districts what to do when making that decision.

The PSEA “does not tell schools to have in -person, hybrid or remote learning,’ said Lillienthal in late January. “These are decisions that need to be made at the district level. There are parts of the state where there is much less of the virus per capita, than others. It is a local decision. We are urging that districts keep in mind the science and follow the advice of experts.”

This problem isn’t just a Montgomery or Bucks county problem, or a Pennsylvania one. As vaccination efforts continue to drag and, on the East Coast, are hampered by bad weather, some of America’s largest school systems remain closed. Plans to reopen the Chicago schools on Monday for more than 60,000 students were foiled when the teachers union threatened a strike.

Chicago Mayor Lori Lightfoot said that the city had invested over $100 million in ventilation and other infrastructure safety protocols, as well as masks, health screening procedures and temperature checks, to address Centers of Disease Control (CDC) recommendations. Lightfoot placed the blame firmly at the feet of the union Monday.

“Let me be very clear: our schools are safe,” Lightfoot said on MSNBC’s “Morning Joe” news show. Union leaders said that part of the safety protocol should be making sure teachers are vaccinated.

Lillienthal said that a blanket approach “to just opening up all the schools will not work. We really have to follow the science here. Our educators will tell you that they want to be back in the classroom. That is certainly where learning should be happening, we just have to keep the health and safety of students, staff and all of their families in mind.”

There is no data showing teachers or students are at significant risk of spreading COVID in a classroom setting, and most public health officials have publicly urged schools to reopen.

Keeping Kids In School Political Action Committee, an offshoot of the Parents for In-Person Education grassroots effort, is planning to bring their protest to the PSEA on Feb. 6 at 11 a.m. in front of the PSEA’s Mideastern headquarters on Bethlehem Pike in Montgomeryville, PA.

The PAC, which organizers say is a bi-partisan effort with over 7,000 members in its social media group, is focusing its efforts on getting candidates into local offices around the state who agree with it on one issue: reopening schools.