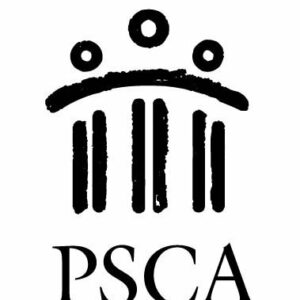 While Delaware Valley parents are fighting against a race-based curriculum used by teachers and educators, their kids’ school counselors have embraced it in a big way.

The Pennsylvania School Counselors Association is promoting the controversial Critical Race Theory (CRT) for its members across the state.

Although the words Critical Race Theory do not appear, the texts and study guides the association recommends on its “Equity and Anti-Racism” webpage make it clear that the PSCA endorses the controversial dogma wholeheartedly.

CRT teaches students that all White people are inherently racist and participate in race-based societal oppression, regardless of their actions or beliefs. Among the materials promoted by the state’s school counselor organization are books by radical CRT activists Ibram X. Kendi and Robin DiAngelo.

DiAngelo teaches that all White people are white supremacists. “White identity is inherently racist; White people do not exist outside the system of white supremacy,” DiAngelo writes in “White Fragility,” a book the PSCA urges school counselors to read.

They’ve also posted a training video on their website in which PSCA members discuss training teachers in the anti-racism pedagogy. Harrisburg-based counselor Amber Sessoms said, “There’s a system of racism that’s going on for our students…We’ve got to blow that structure out…The system is broken.”

A school psychologist, Jason Pederson, PhD., called for the counselors to be “active” in promoting CRT dogma. “To understand what white privilege is” and “not to be afraid to look and do this work…It needs to be front and center.”

And Alicia Oglesby, a Maryland school counselor and co-author of  “Interrupting Racism: Equity and Social Justice in School Counseling,” tells the PSCA counselors that teachers in her district already use “grading for equity.” But more needs to be done because, with the pandemic, students are not in the schools where counselors can “level the playing field a bit,” Oglesby argues.

Academic activists have been pushing CRT into classroom materials for years, a fact many parents discovered during the COVID-19 lockdown as their children participated in remote learning from home.

The resulting parental pushback is having an effect. U.S. Secretary of Education Miguel Cardona recently reversed a requirement that school districts teach CRT to qualify for federal grants for civics and history education. And the Biden administration was forced to apologize for sending out school reopening guidance promoting a radical activist group’s handbook that advocates for educators to “disrupt Whiteness and other forms of oppression.”

State Rep. Barb Gleim (R-Cumberland) is a co-sponsor of HB 1532, which would ban public schools from teaching CRT.

“There are educators and administrators who claim that Critical Race Theory is not being taught in our K-12 schools,” Gleim said. “The Pennsylvania School Counselors Association is proving that in fact, it is. The majority of parents do not want this divisive theory taught to their children in school.”

Douglas Marshall is a lawyer who lives in the Pennsbury School District and recently appeared before the school board urging them to reject CRT. He told Delaware Valley Journal he is not surprised by the PSCA website.

“After all, these individuals’ livelihoods depend upon a problem that is exaggerated — and I would argue they are instrumental in creating,” he said.

“As in Pennsbury, the central theme is that our society is inherently racist…Does racism exist in America? Of course, by all ethnic (and) racial groups. But let’s not pretend we have not made enormous strides as evidenced by the 60s Civil Rights movement and the shining light of Dr. Martin Luther King, Jr. The CRT advocates (such as this organization) want to edit these advances out of our historical memory. Did we not elect an African American president in the recent past – twice?”

Gleim spoke to a group of residents protesting CTR at the state capitol in Harrisburg recently.

“At the end of the day, the question that we legislators need to pose on CRT, JEDI, DEI, SEL, whatever the state wants to name or rename it — is does this theology interwoven throughout Pennsylvania curriculum, serve the needs of the commonwealth?” Gleim said. “As a past school board member, it’s the people, the parents, the taxpayers, who tell their representatives the answer to that question.”