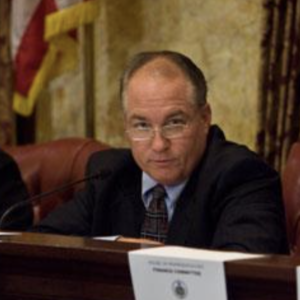 The concurrent resolution is scheduled to be considered by the House State Government Committee Tuesday morning.

“Last week, Pennsylvania voters issued a new mandate to their government that they want more checks and balances in the management of emergency disaster periods. This resolution is a first step in bringing action to the will of the voters by terminating the most devastating portions of Gov. Wolf’s initial emergency disaster declaration,” Benninghoff said in a statement.

The Democratic governor first declared the COVID-19 disaster on March 6, 2020 as the coronavirus was beginning to sweep across the commonwealth and the country. However, Wolf’s administration of the disaster was plagued by complaints of arbitrary rules and special exemptions handed out to businesses without transparency.

According to Benninghoff’s office, House Resolution 106 “would terminate the administration’s ability to use the COVID-19 emergency disaster declaration to engage in no-bid, single-source contracting; reestablish work search requirements currently waived by the Department of Labor and Industry; and end the ability of the governor to use the emergency disaster declaration to mandate occupancy limits, business closures, and stay-at-home orders.”

Wolf’s office offered no immediate comment, according to the Associated Press.

“People across this state voted to give the legislation this authority to protect them from overreach by the governor, and we’re listening to the voice of the people, ” House Republican Caucus spokesperson Jason Gottesman told DVJournal.

Gottesman added the legislature is acting even as Wolf drops various provisions of his order as a way to “give businesses a sense of normalcy, that they won’t be hit with unreasonable restrictions in the future,” should the governor decide he wants to return to lockdown.

“This administration was not following the science as they claimed,” Gottesman said. “We’re giving people certainty that they won’t get hit again with provisions that are overly broad or don’t make sense. They can have some assurance their businesses will stay open.”