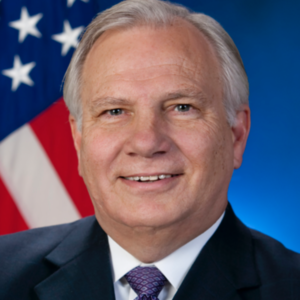 A State Senate committee on Thursday authorized the issuing of subpoenas to force Gov. Tom’s Wolf’s administration to hand over documents as part of an investigation into the selective distribution of waivers to businesses during the coronavirus shutdown.

The Republican-controlled Senate Veteran Affairs & Emergency Preparedness Committee took the rarely seen step of authorizing subpoenas on a 7-4 party line vote, setting up a potential court fight with the Democratic governor if the documents aren’t made available by May 8.

After Wolf issued an emergency order halting all “non-life sustaining” business in the state on March 19, companies could request exemptions  from the order through a waiver process. Since then, complaints have poured in from business owners to the legislature that the waivers — handled by the Department of Community an Economic Development (DCED) — were not distributed in a fair and impartial manner.

In response, GOP legislators requested that a massive tranche of documents from Wolf and the DCED be handed over by Wednesday. That deadline was not met.

Earlier in the week, all 28 Republican senators asked Auditor General Eugene DePasquale (D) to begin an independent audit of the waiver process. Just hours before the Senate voted ‘yes’ to the subpoenas, DePasquale announced via video stream that his office agreed to the audit and hoped to complete it quickly.

Two senators from the Delaware Valley region, Sen. Bob Mensch (R-Bucks/Montgomery) and Sen. Maria Collett (D-Bucks/Montgomery), both agreed the Wolf administration’s waiver process had not been perfect. But the common ground ended there.

“We might not all agree on why [this vote is] a shame, but the fact of the matter is, we shouldn’t have to be at this point at all,” Mensch said, and he dismissed criticism from some Democrats that the waiver investigation was a stunt.

“We can all pretend that we think this is a stunt, or whatever,” Mensch said. “But the reality is, we are not dealing with accurate information.”

Collett voted against subpoena power, and said she relied heavily on the auditor general’s announcement in reaching her decision.

“While I don’t think these [waiver] decisions were partisan, I also don’t think they were perfect by any stretch,” Collett said. “And I agree, there is much we can learn from the failures in the process.”

“That is why I support the Auditor General’s decision to move forward with an investigation into this process that from the beginning was flawed and fraught with irregularities,” she said. “I don’t, however, support the issuance of burdensome and redundant subpoenas that will take the administration away from the more pressing matters of the ongoing crisis.”

At least one other investigation is also pending, as the House Government Oversight Committee, also under Republican control, announced this week it would be looking into the matters.

Committee Chairman Sen. Mike Regan (R-Cumberland/York) said the governor had also agreed — in theory — to the actions the Senate was taking.

“I would like to point out at this point in time that Gov. Wolf himself during a meeting with the leadership of the Senate suggested that the best course forward for receiving this information would be through the subpoena process,” Regan said during the floor debate. “So we are actually obliging the governor at this time.”

“What is accurate is that the administration has committed to disclosing information about the business closure and exemption process, and recently provided testimony to the Senate regarding that forthcoming disclosure,” Lyndsay Kensinger, spokeswoman for Wolf, told Delaware Valley Journal. “The administration is looking forward to working with the Auditor General on his forthcoming audit of the process, as the entire Senate Republican caucus had suggested on Tuesday.”

Crystal Clark, an attorney with the Republican Senate caucus, said if the documents are not turned over by May 8, the matter would move to the courts.

“We don’t have control over the court’s timeline, unfortunately, so it could be a relatively lengthy process,” Clark said.