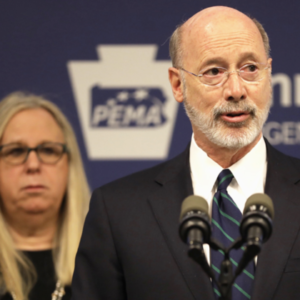 Pennsylvania has consistently been one of the worst-performing states when it comes to deaths in nursing homes and long-term care facilities, where roughly half of Pennsylvania’s COVID-19 deaths have occurred in nursing homes or long-term care facilities. In December, DVJournal reported that a Delaware Valley facility, the Fair Acres nursing home in Delaware County held the dubious distinction of having more COVID-19 deaths of its residents than any other similar facility in the nation.

In addition, the Wolf administration has been plagued by questions about its handling of nursing home issues since it was learned Dr. Rachel Levine, his top health official,  moved her 95-year-old mother from a personal care home to a hotel at the same time her department was forcing care facilities to admit and re-admit coronavirus-positive patients.

As dismal as the state’s performance has been, some members of the legislature believe the reporting is still incomplete. “We believe Pennsylvanians deserve better from their government when they are seeking answers as to why something so tragic has occurred and they are not getting answers,” said Majority Leader Kerry Benninghoff (R-Centre/Mifflin). “Unfortunately, as of today, including our recent budget hearings where members directly asked the administration about this issue, Pennsylvanians and their families are left only with excuses and deflection from an administration that has been anything but transparent.”

The House Government Oversight Committee is a relatively new committee in the state House, and by House Rules has subpoena power to compel documents and witnesses. It is comprised of five Republicans and four Democrats and is chaired by Rep. Tarah Toohil (R-Luzerne County).

Rep. Natalie Mihalek (R-Allegheny/Washington) asked Beam pointed questions at a Budget hearing with the Department of Health last week regarding the reported forced admittance of COVID-19 positive patients into nursing homes. Today, Rep. Mihalek stated, “We’ve been looking for answers for our citizens for almost a year now.  The Wolf administration claims transparency is their No. 1 priority, yet they provide us with no clarity behind their decisions. Our citizens deserve better.”

To date, it appears only one member of the Wolf Administration has faced any type of consequences for the COVID-19 response, former Major General Anthony Carrelli. Carrelli announced his retirement as reports surfaced that one of the State Veterans’ Centers was under investigation for a high number of COVID-related deaths, though no official reason was given.

Rep. Clint Owlett (R-Tioga/Bradford/Potter) added, “We want answers for the people who lost loved ones in our nursing homes under Sec. Levine’s order and Gov. Wolf’s leadership. The problem has been, no one will step up and do the investigation here in Pennsylvania. So, if no one else will do it for these families, we will.”