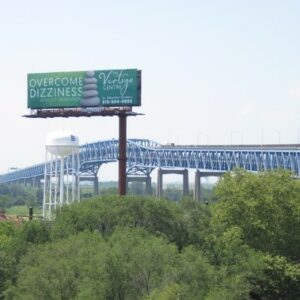 Ready to pay up every time you cross the Girard Point Bridge?

Representatives for PennDOT testified before the state House Transportation Committee last week, addressing questions about a proposal to use public-private partnerships to pay to rebuild nine state bridges. Drivers using those bridges would be charged tolls to repay the private companies for investing in the bridge reconstruction. The company or companies would be responsible for maintaining the bridges over a 30-year period.

The only one of the nine bridges in the Delaware Valley region is the busy, double-decker Girard Point Bridge on I-95 near the Philadelphia Airport.

Secretary of Transportation Yassmin Gramian and Ken McClain, alternative funding program director for PennDOT, expounded on the program as if it would go forward as planned with contracts with designers and contractors to be inked in Feb. 2022. However, if Sen. Wayne Langerholc Jr. (R-Bedford/Cambria/ Clearfield), chair of the Senate Transportation Committee, gets his way, the plan to impose tolls on the bridges will be blocked.

Langerholc has proposed the Drive Smart Act to update transportation in the state, but that plan remains stalled in the House Transportation Committee.

Also, Sen. Bob Mensch (R-Berks/Bucks/Montgomery) said in a recent editorial published in the Delaware Valley Journal that he prefers a different method for funding for PennDOT projects, through federal lending GARVEEs.

“Using a GARVEE would be much more appropriate to secure funding for our transportation system rather than the Major Bridge P3 Initiative proposed by PennDOT,” Mensch said. “Their short-sighted initiative proposes to toll nine interstate bridges across the commonwealth, imposing taxes, tolls, and user fees on hardworking Pennsylvanians as they recover from the pandemic.”

Rep. Tim Hennessey (R-Pottstown), who chairs the House Transportation Committee, said money from the bridge tolls “is a way to get an additional infusion of cash into state coffers.” And officials don’t yet know if they will be receiving more money for infrastructure needs from the federal government or how much that might be, he noted.

“That federal money is not an ongoing answer,” said Hennessey.

“Transportation funding has always been a challenging topic in Pennsylvania,” said Rep. Mike Carroll (D-Lackawanna), the committee co-chair. “Because the sweet spot for the legislators is to try to have a robust transportation network that doesn’t advance taxes or fees in any way. It’s a nearly impossible assignment.”

When Act 89 was passed in 2013 raising the state gasoline tax, legislators realized they needed to take a “difficult political step” in order to fund transportation projects, Carroll said. But past federal administrations did not increase transportation funding, he said.

Carroll said that he supports the bridge tolls “as a way of making sure we have a working and safe transportation network.”

Federal transportation funding only meets part of the state’s needs and requires matching funds, although the state may see $4 billion in funding over the next five years from the pending federal infrastructure bill, she said.

However, they are proposing a public-private partnership for funding bridge repairs through tolls, a method that will not rely on federal or state dollars, she said.

“We’re committed to tolling of $1 to $2 for passenger cars using E-Z Pass,” she said. With money from bridge tolls to fund the bridge repairs, funds will be freed up for other projects, she said.

There will be “many opportunities for Pennsylvania contractors, suppliers and vendors” to get work from the bridge projects, she said.

“Absent this program… you’re talking about hundreds of millions of dollars annually that will not be available for projects that need to be done in the other 67 counties,” he said. He characterized the idea of more tolls as “challenging,” but “if we do not do this, we will have projects that do not get done in every single county in this state. And I am certain, just as I have a keen interest in projects in Lackawanna and Lucerne counties, every member of the General Assembly has projects in their county that they want to see completed…the closing of a bridge has tremendous negative impacts…the absence of these dollars that are generated from the bridge tolling scenario, there are negative consequences.”

Rep. Doyle Heffley (R-Carbon) said the process has not been transparent, and the bridge tolls would hurt businesses.

“Never was it the intention of this legislature to allow this type of project under the P3 bill,” Heffley said. “Is that a transparent process to the residents of this commonwealth that are going to be paying toll, the businesses? …We are going to lose jobs, and we are going to lose revenue. Those businesses can’t afford those tolls. They can’t be absorbed. The trucking industry has already complained there are so many burdens put on them, the driver shortage and everything else.

Gramian claimed that officials were transparent and had listed criteria on how to evaluate the bridges, the life expectancy, the costs, the environmental costs and how it affects low-income communities. They received approval from the state P3 Board in November 2020, and the list of the nine bridges was released in February, said McClain.

“What is the rate going to be for commercial vehicles?” asked Heffley. “Did you consult with any businesses? I’ve heard from every business, every chamber (of commerce), every organization that this is going to be very detrimental to businesses here in Pennsylvania.”

McClain said they compared tolls in other states and recommend a four to six time multiplier for trucks from the passenger car rates.

“We’re looking at about $24. We’ve got two bridges here just on Route 80,” said Heffley. “You’re looking at an extra $48 round trip per truck. And if you’ve got a company that maybe ships 100 trucks a day, I mean, how many people are we going to be putting out of work? Was even an analysis done on that?”

McClain said there is a cost for inaction.

“And now, we’ve got the highest tolls on the Turnpike, $14 million in debt. I don’t know what we got for that,” Heffley said. “This is a terrible plan. It wasn’t transparent. It was put through this P3 Board… It’s an injustice for the people of the commonwealth. The administration out to be ashamed for putting this proposal forward.”

Rebecca Oyler of the Pennsylvania Motor Truck Association was among those who testified to the committee.  Without knowing the cost of the tolls, she said they made an assumption of $12 per truck crossing a bridge twice daily that would add $6,240 a year to a company’s expenses. The average member of her organization has six trucks, so it would add $37,44O per year.  These tolls would make the state less competitive, she said.