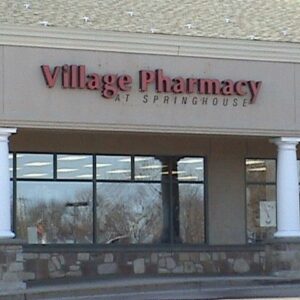 PA DOH To Local Montco Pharmacy: No Shots for You

It was an email Jamie McVan didn’t expect to receive. Despite providing desperately-needed COVID-19 vaccines at his Springhill pharmacy to hundreds of Montgomery County residents, the Pennsylvania Department of Health (DOH) notified him he would no longer receive any more vaccine supply.

The email, which McVan shared with Delaware Valley Journal, told him to “stand by as we temporarily focus allocations on other providers amid limited supply.”  The move comes amid a vaccine rollout marred with delays and frustration. On Wednesday, state legislators gave voice to that frustration in a bipartisan vote to strip control of the vaccination process from the state and give it to the counties.

“I don’t understand,” said McVan of Village Pharmacy. “You’re going to decrease the number of providers, but you think you’re going increase the vaccination rate? Instead of me giving 100 vaccines a week, you’re going to take my 100 and give it somebody else to do in a week. What’s the difference?”

According to the email, DOH has identified 300 providers it says, “best demonstrated the ability to help us achieve our goal of getting as many individuals vaccinated as quickly and equitably as possible.” Adding to the confusion, the email tells providers, “you should not expect to complete the vaccine request form for first doses or receive additional first doses over the next several weeks.” However, it then says, “Do not schedule additional first dose appointments for which you do not already have vaccines secured for the forthcoming months.”

McVan is concerned. His pharmacy needs to provide around 400-second doses. The DOH says they will be provided, but questions remain.

State lawmakers have heard the calls for action from their communities. “We are moving a bill to provide for larger provider access,” said Jason Gottesman, spokesman for House Majority Leader Kerry Benninghoff.  “At a time when we are lagging behind our neighboring states, we should not be limiting willing and capable participants to help get shots in arms.”

Last week, a bipartisan group of legislators from Bucks and Montgomery County, led by U.S. Brian Fitzpatrick, asked Gov. Tom Wolf to abandon the new vaccination plan utilizing centralized sites. “Bucks and Montgomery counties have the existing infrastructure and resources to handle an influx of direct shipments if the state decides to forgo the mass vaccination centers and send those earmarked allocations to the counties equally,” the letter says.

There is additional concern surrounding the rollout of the one-dose Johnson & Johnson vaccine. “We were sorry acting director Beam has continued to pursue this plan to provide the single-dose Johnson and Johnson shot to a limited area of Bucks County when we so desperately need these to reach homebound, challenged populations and hard to reach areas of Bucks County,” said Bucks County Commissioner Diane Ellis-Maseglia, LCSW.

“It’s just frustrating trying to help the community and just being locked out because of the State Department [of Health] making some unilateral decision.”