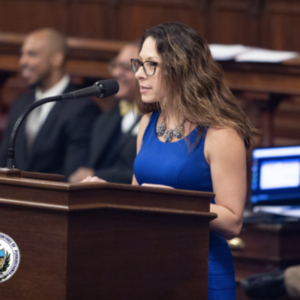 House Votes To Strip Vaccine Control From Wolf, Send It To Counties

In response to the state’s mishandling of vaccine distribution, particularly in the Delaware Valley, Pennsylvania’s House of Representatives voted Wednesday to shift control of vaccinations from the state to the counties. Rep. John Lawrence (R-Chester and Lancaster) sponsored HB63, which was passed with bipartisan support 135-66.

The legislation is designed to reform the state’s much-maligned vaccine rollout. The vote comes as the Wolf Administration announced new controls over vaccine distribution, including limiting the pharmacies authorized to distribute them.

One section of HB63 would force the state Department of Health to hand over vaccines to Philadelphia’s collar counties. This provision was added via an amendment by Rep. Meghan Schroeder (R-Bucks). The bill would also require the Wolf administration to allow Philadelphia’s suburbs to run their own mass clinics.

“This process should be in the hands of our local public health experts who know our communities best and have the resources in place to run these state mass vaccination sites,” Schroeder said. “It is time to put them in the driver’s seat in this operation. This is a commonsense approach that will make these sites more accessible to those who need it most.”

Last week, Schroeder and a bipartisan group of legislators led by U.S. Rep. Brian Fitzpatrick (R-Bucks and Montgomery) sent a letter to Wolf requesting this move. “Bucks and Montgomery Counties have the existing infrastructure and resources to handle an influx of direct shipments if the state decides to forgo the mass vaccination centers and send those earmarked allocations to the counties equally,” the letter said.

Bucks County Commissioner Diane Ellis-Maseglia also shared skepticism with the state’s plan. “We were sorry acting director Beam has continued to pursue this plan to provide the single-dose Johnson and Johnson shot to a limited area of Bucks County when we so desperately need these to reach homebound, challenged populations and hard to reach areas of Bucks County,” she said.

The bill also requires the Wolf administration to present a vaccine distribution plan to the General Assembly, publish data on a publicly accessible website, and expand medical professionals who can administer the vaccine.

The measure now heads to the Senate. If it passes there, Wolf is not expected to sign it into law.