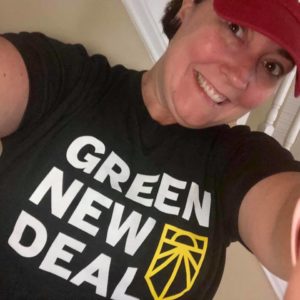 This article is part of a DVJ series on key races in the Delaware Valley.

She may represent a quiet corner of the Chester County suburbs, but freshman state Rep. Danielle Friel Otten has already made a lot of noise in Harrisburg. And like other outspoken progressives, she has both passionate supporters and determined opponents as the November general election approaches.

“I’m not going to stay silent or tread lightly. I am driven by my children and what’s happening directly in our communities,” the 43-year-old Exton resident said not long after taking office. It’s a promise even her most ardent critics agree she has kept.

Friel Otten came to prominence as a one-issue candidate: Opposing the Mariner East 2 pipeline being constructed in her community.

She organized local residents who were unhappy about problems arising around the construction of the pipeline — sinkholes, mud spills and the like — along with her fellow green activists who oppose expanded fossil fuel use in general. Friel Otten, for example, is an outspoken opponent of fracking.

“There was a group of us who sat around our patio last summer and we talked about what can we do, what are our next steps,” Friel Otten has said, “and we agreed that we needed to get people to step up and run.”

She defeated a popular GOP incumbent, Becky Corbin, with a combination of grassroots support from local pipeline opponents and a flood of money from outside environmental activists. Not many first-time state rep candidates have the benefit of $250,000 in campaign cash.

Her opponent in next month’s general election, attorney Michael Taylor, is trailing Friel Otten in fundraising, according to election filings.

But, he says, he has an overlooked advantage: “There are still more registered Republicans in this district than Democrats,” Taylor told Delaware Valley Journal. The most recent data from the Pennsylvania Department of State published this week shows the GOP with a registration advantage of 400 people.

Not a huge surprise given the seat has long been held by Republicans. Taylor has been a GOP activist in the community, but he’s making his first run at the state legislature. He has the endorsement of both the Chester County and Pennsylvania chambers of commerce, plus the local Fraternal Order of Police and the Pennsylvania Pro-Life Federation.

And he believes that, while President Trump may be unpopular across the Delaware Valley, local Republicans are energized. “Republicans in Chester County are fired up and ready to go in a way I’ve never seen before,” Taylor said. “This pandemic, the actions of Gov. Wolf and the lockdown, they’ve woken people up to the fact that these local races matter.”

Friel Otten consistently opposed legislative efforts targeting Gov. Tom Wolf over how he was granting exemptions to his non-life sustaining business lockdowns, and bills expanding the number of Pennsylvania businesses that could reopen. It’s yet another example of Friel Otten practicing progressive politics in a region best known for its political moderation.

For example, she’s joined a group of legislators to address “period poverty” — access to feminine hygiene products — including a bill that “would require state prisons to provide at least two varieties of sanitary pads and two varieties of tampons to all female inmates at no cost.”

Prisoners who wanted to access the free products “would not have to demonstrate proof of need” to receive them.

And Taylor has called upon Friel Otten to renounce her endorsement by the far-left Working Families Party, which supports defunding the police.

Not the typical political issues in the affluent suburbs of Chester County. She’s also adopted a more aggressive political tone than most of her Delaware Valley colleagues.

Many pipeline workers and their families are still angry over comments she made comparing them to Nazis, a statement denounced by the Anti-Defamation League and her own Chester County Democratic Party. Friel Otten eventually apologized, if reluctantly, but the conflict continues.

“That’s just not a comment you forget easily, if at all,” said Jim Snell, Business Manager for Steamfitters Local Union 420. “And that’s a comment that all of the skilled laborers who bore the brunt of the insult still talk about to this day, especially with elections right around the corner.”

Friel Otten didn’t help herself with these energy sector workers when a video appeared on social media apparently showing her trespassing at a pipeline work site. When confronted by an employee (“Why are you trespassing? My boss doesn’t know you’re here”), she appeared to suggest that she was entitled to enter the property due to her political position.

“I serve on the Environmental Resources and Energy Committee of the State House of Representative and their water containment structure is failing and I’m recording that,” she said.

State representatives do not have the right to enter private property as part of their elected position.

Friel Otten declined to respond to repeated requests for comment.

Longtime Democratic strategist T.J. Rooney agrees that Friel Otten has a higher profile than most freshman state reps, “but there are other freshmen and early-term legislators who have as big if not bigger, a presence in the statehouse, but for different and arguably better reasons.”

“This isn’t just directed at Rep. Friel Otten, but any time you are a lightning rod, for the left or the right, you’re going to generate a lot of attention for yourself. And it’s not all going to be favorable. So if your goal in life is to make a lot of noise and not get a lot done, then you can choose that route,” Rooney said. “It doesn’t work for everyone, so credit to her for being able to pull it off.”

Perhaps unsurprisingly, veteran Republican consultant Charlie Gerow disagrees. “She was a one-trick pony who ran against the pipeline. The Mariner East issue won her the primary, but in Harrisburg she’s the quintessential backbencher.”

And how is the race for District 155 shaping up?

Gerow sees opportunities for the GOP.

“At one point, the pipeline was a big enough issue by itself. I don’t know if that’s still the case. Chester County is changing, and the GOP has a good shot at taking it back.”