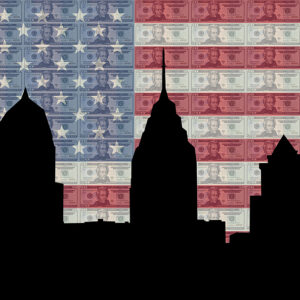 The Minimum Wage: Who Actually Wins and Loses in Pennsylvania?

The Biden administration’s “American Rescue Plan,” a $1.9 trillion relief package, has prompted intense debate, especially its proposal to raise the federal minimum wage to $15 per hour by 2025. Pennsylvania Governor Tom Wolf has one-upped this with his own accelerated plan to raise the state’s minimum wage to $12 per hour by July 1st. Although Econ 101-style arguments abound, it’s worthwhile to ask who supports the minimum wage, and why.

Both economic theory and empirical research suggest that raising the minimum wage would increase the unemployment rate of affected workers. The Congressional Budget Office estimated Biden’s proposal would reduce employment by 1.4 million workers by 2025, while also raising 0.9 million Americans out of poverty. As with any government policy, some people win, and some lose.

The Econ 101 analysis says that a $15 per hour minimum wage would help workers who can produce at least that much value for their employers, but who lack the bargaining power to ask for a raise. At the same time, the policy endangers the employment of workers who aren’t as productive.

Teenagers are the typical example of who might be harmed. Younger, inexperienced workers are at a disadvantage when competing against people who are already working. Facing a higher minimum wage, employers will usually hire or retain experienced workers who need less training.

This also helps explain why already-employed workers tend to be the primary advocates for the minimum wage. They benefit from increased wages and less labor competition.

Similarly, Somerset, Pa. business owner Guy Berkebile recently wrote that while larger businesses may weather the increased labor cost, it could be the “death knell” for mom-and-pop shops. Sometimes, corporations will even lobby for regulations that harm their competitors more than their own business. Whether or not that’s the case with Amazon’s support for a $15 minimum wage, the company is apparently comfortable with raising its rivals’ costs.

Unions, whose higher wages are set by contract, have also been unexpected minimum wage supporters. One reason is that collective bargaining contracts are often written so that a minimum wage increase automatically triggers a union wage increase.

Conversely, unions have lobbied for, and been granted exemptions to, many city minimum wage increases. This enables labor organizers to portray unions as cost-savers for businesses. Once again, the losers in this story are the lower-productivity workers who aren’t hired because of the higher minimum wage. Meanwhile, unionized workers enjoy increased earnings and employability.

Also surprising may be the ample examples of historic situations where higher minimum wages helped protect discrimination. Many economists, including the late Walter Williams, have laid out scenarios like this: Suppose a white person and a minority apply for the same job, and the minority is willing to work for a lower wage. A racist employer would have to pay an economic cost to discriminate (the difference between two candidates’ wages). But if the minimum wage is set above what each is willing to work for, this cost difference disappears, and so does the employer’s penalty for indulging their racism.

While today the minimum wage isn’t motivated by racism, it could still put the vulnerable at risk. Research by Princeton professor Thomas Leonard has illustrated how early minimum wage laws were supported by misanthropists as a way to protect white male workers from labor market competition by minorities and women.

These illustrations only scratch the surface of who might lend their political support to a minimum wage increase. Other examples include urban workers in higher-wage labor markets whose employers can push costs onto customers, instead of laying employees off. Or workers in labor-dependent industries whose jobs can’t be automated. Or high-income consumers who altruistically support a higher wage, but who don’t stop to consider the higher costs and fewer jobs for low-income families.

Most supporters aren’t nefarious or self-serving—after all, we all want a better life for the working poor. But it’s important to better understand why the minimum wage can hurt some of the same people it’s intended to help. That fact alone suggests we should concentrate on developing more effective poverty-fighting policies, rather than endlessly arguing over one issue.

—Michael Farren is a research fellow and Agustin Forzani is an MA fellow with the Mercatus Center at George Mason University.