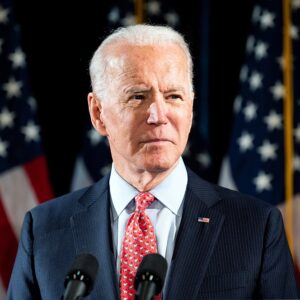 President Joe Biden went to Saudi Arabia earlier this year to bump fists and ask the oil-rich nation to increase oil output, essentially outsourcing oil production from U.S. oilfields to the Middle East in an effort to bring gas prices down.

On Wednesday, Biden got his answer. The OPEC+ nations led by the Saudis announced a production cut of 2 million barrels per day, about two percent of the world’s oil supply. It was the biggest rollback of oil output since the COVID-19 pandemic.

OPEC+, which is the 13 members of the Organization of Petroleum Exporting Countries (OPEC) and 11 other non-OPEC members, made the decision  reportedly based on the “uncertainly that surrounds the global economic and oil market outlooks.”

The Biden administration released a statement saying the president was “disappointed by the shortsighted decision by OPEC+ to cut production quotas while the global economy is dealing with the continued negative impact of Putin’s invasion of Ukraine.” It was at least the second time in recent days the White House blamed Putin for gas prices rising.

The White House’s response to OPEC’s actions was to reverse itself on releasing more oil from the nation’s emergency supply. The Biden administration said on Tuesday it had no plans to release any more oil from the Strategic Petroleum Reserves beyond the 180 million barrels that have already been already committed. On Wednesday, the White House announced another 10 million barrels would be released.

With higher gas prices looming, the White House is once again denying its energy policy — shutting down the Keystone XL pipeline and slashing energy leases by 97 percent compared to previous administrations — is playing a role in the price hikes.

“The solution to meeting demand for affordable, reliable energy is right here in the United States,” said American Petroleum Institute (API) president Mike Sommers in a press release. “We face a growing energy crisis driven by geopolitical instability and U.S. policymakers should be doing everything in their power to produce more energy here in America, not urging foreign regimes for more oil.”

API is now urging the Biden administration to adopt “sound public policy that enables American energy to benefit Americans” and serve as a stabilizing force in global markets.

The U.S. Oil and Gas Association had a more direct, and less polite, reaction via Twitter.

“OPEC says no, SPR options all but gone… The WH has one option left and it is the one option they should have never turned away from in the first place – the US-based oil and gas industry. Life comes at you pretty fast…”

Craig Stevens of Grow America’s Infrastructure Now (GAIN), a coalition of businesses, trade associations, and labor groups noted what he says are the consequences of the Biden energy approach.

“Our domestic oil output has not yet rebounded to the level it was prior to the pandemic and the SPR is half empty. Now, with OPEC tightening their production levels, these vulnerabilities are being exposed in real-time and will drive prices higher and exacerbate the ongoing energy crisis,” Stevens said.

“Today’s decision by OPEC will ultimately mean greater profits for Putin’s war machine,” the senators said in a statement. “To stop this cash flow, we must work quickly to enact the price cap put forward by the Biden Administration and our G7 partners, and we must ensure that entities around the world who violate the price cap will face clear consequences. Our proposal would provide the tools to ensure the price cap is effective and enforceable – and we’ll continue pushing our colleagues to pass this necessary provision to better hold Russia accountable for its war against Ukraine.”

Pennsylvania energy producers have also expressed frustration over Washington’s policy of discouraging domestic production at a time when supply chains — and the energy supply chain in particular — are so vulnerable. Why not use the oil and gas available here at home?

“A rational national energy policy would have the U.S. energy independent a far less concerned about the machinations of OPEC,” says Gordon Tomb of CO2 Coalition. “However, we have an administration absurdly obsessed with a climate scare that has no basis in science and denies Americans full access to the coal, oil, and natural gas needed to sustain a modern economy.”

Dan Kish of the Institute for Energy Research was asked if the Biden administration has been at war with fossil fuels, a conflict that pre-dates Putin’s invasion of Ukraine. “They have been at war with oil and gas businesses in the United States since the day they walked in,” Kish said.