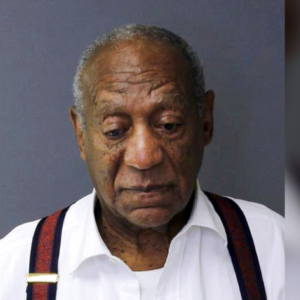 No, Montco, the Constitution Is Not a ‘Technicality’

A lot of people have been saying that the Supreme Court vacated the Cosby convictions on “a technicality.” Most of these people have degrees from the University of Twitter or work for CNN.

I’d like to explain exactly what that technicality is, for the rest of the folks who might be under the mistaken belief the prosecutor simply forgot to cite a footnote in his brief, or failed to use a Number Two pencil.

The technicality that many so-called ‘victims advocates’ are touting is also known by its more obscure title:

I know, I know, not many people have heard about this arcane principle that protects Americans against self-incrimination. The only reason that I have some familiarity with it is from the Law and Order marathons I watch every weekend.

But while it’s not common knowledge among the esteemed scholars of the Twitterverse, it does have some bearing on the Cosby case.

After taking care of free speech, the ability to assemble, a free press, and the right not to have your churches burned down around your head, the Founders protected our right to bear arms. They then decided to make sure the government couldn’t just barge into our homes and confiscate our personal stuff.

Right after that, they got citizens charged with criminal activity. Understanding that a single person has significantly less power than the full force of the government, the guys in the powdered wigs decided to protect your right to remain silent. In other words, the US government, in a magnificent act of decency, decided to depart from the practices of the European nations that used torture and other means to coerce confessions.

The Founders enshrined in the U.S. Constitution your right not to use your tongue to dig your grave.

Or in their more eloquent parlance:

“No person shall be held to answer for a capital, or otherwise infamous crime, unless on a presentment or indictment of a Grand Jury, except in cases arising in the land or naval forces, or in the Militia, when in actual service in time of War or public danger; nor shall any person be subject for the same offence to be twice put in jeopardy of life or limb; nor shall be compelled in any criminal case to be a witness against himself, nor be deprived of life, liberty, or property, without due process of law; nor shall private property be taken for public use, without just compensation.”

In the Cosby case, we weren’t worried about militias or eminent domain. B there was an issue about whether the defendant was hoodwinked into providing testimony that would have incriminated himself in criminal activity (“no person…shall be compelled in any criminal case to be a witness against himself”) and whether that amounted to an unfair trial (“No person shall…be deprived of life, liberty or property without due process of law.”)

I know some folks think of those things as “technicalities,” but I’d suggest that the Founders felt a bit differently about it. The Fifth Amendment only applies to the federal government, but it applies to the states through the Fourteenth Amendment.

That means that when Montgomery County District Attorney Kevin Steele decided to use Bill Cosby to win a political campaign, and when Judge Steven O’Neill was creative with Pennsylvania laws of evidence, the Fifth Amendment was made binding on that prosecution for sexual assault, through the Fourteenth.

Very simple. Almost as simple as a technicality, one might say.

But one would be very wrong to chalk the decision of the Pennsylvania Supreme Court up to a slap on the wrist for inept (or malicious) prosecutors. One would also be wrong to think that this is an anomaly, just a procedural glitch on the road to justice for victims of sexual abuse.

It is not far off to say that a very real victim in this scenario was Bill Cosby, whose rights were violated. Another, equally aggrieved victim was the criminal justice system in Pennsylvania, which was manipulated for political gain, and to feed a social crusade.

And, ironically, the result is to re-victimize the women who claimed to have been abused, trotted out as window dressing for a political dog and pony show.