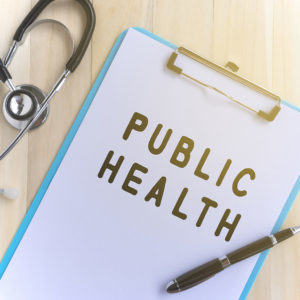 “What I hear overwhelmingly is, ‘Holy cow, we don’t have a health department? I never knew!'”

Delaware County Council Chairman Brian Zidek (D) tells Delaware Valley Journal that’s the overwhelming reaction of constituents when they learn they have no county health department. As a result, Delaware is partnering with neighboring Chester County to fill the void during the coronavirus pandemic.

Zidek explained last week that without a health department, “We are dependent on the Pennsylvania Department of Health to test, investigate, quarantine, and monitor,” residents in the county. Much of that will change with the Chester County partnership.

As of Monday midday, COVID-19 tracking numbers from the state showed 644 confirmed cases statewide with 54 of those being in Delaware County.

Few counties in Pennsylvania actually have their own health departments, but the ones that do are similar in population and location to Delaware — such as Philadelphia, Bucks, Montgomery and Chester. It’s not surprising Chester County residents assume they have one, too.

Getting one, however, is hardly a fait accompli. While the lengthy bureaucratic work of setting up a new department has already begun, the process can take anywhere from 18 to 24 months. 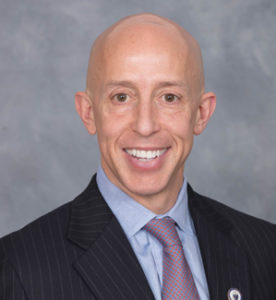 According to Zidek, initial inquiries about starting the process began soon after Democrats won a majority in November elections last year. “We went to Harrisburg, and [Councilwoman] Dr. [Monica] Taylor and Councilwoman [Christine] Reuther sat down with the relevant parties for guidance as to how we would go about doing this,” Zidek said.

Actions the council had taken in 2018 proved to be fortuitous in that regard as well.

Ten years ago, the council authorized a study of the delivery of healthcare in the county. Although Zidek says that original study didn’t breakout a list of pros and cons, the council voted in 2018 to perform the study again, but this time ordering up a pros and cons list.

That is just one of many studies the county will need to submit before the state makes its decision to give the county the go ahead, given that the state would be committing its own dollars to the department.

How much would a new health department cost Delaware County taxpayers? Estimating the annual cost can be thought of like doing a real estate appraisal: you perform “comparables” based on neighbors close to you.

Zidek says those health departments also generate another $2 million to $3 million annually in fees for services like restaurant health inspections, leaving about 25 percent of the remaining annual operational costs to be sourced. Pre-existing health departments at the city, township or borough level could further alleviate costs.

Delaware County Executive Director Marriane Grace (R) told Delaware Valley Journal she is “looking forward to the development of a county health department,” but also wants to keep a vigilant and realistic view about funding over the long term.

“I’ve worked in government for a long time, and I know — you don’t always have the funding you were hoping to have,” Grace said.

“I don’t know that [the state is] going to have the capacity to put more money in. I don’t know what the state’s going to do. We need to go into these things in terms of funding with our eyes wide open.”

Zidek was optimistic about the work the county has already done in regards to creating the new department, but added that the crisis has clearly shifted all of the priorities of the council at present.

“It is our job as public servants to move forward in the most efficient and most optimum way that we can to keep our citizens safe,” Zidek said. “We’re not going to spend a lot of energy on pointing the finger or laying blame. There will be time in the future to assess what was done right, what was done wrong.

“We’re going to keep our focus on moving things ahead, acting in a judicious manner, today, tomorrow, the next day, to try to make sure we get through this crisis as best we can.”