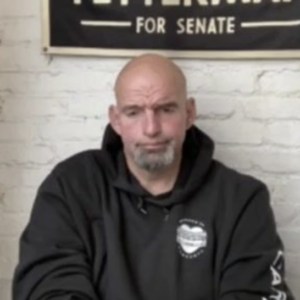 After Lt. Gov. John Fetterman’s debate performance was panned by Democrats and Republicans alike, his campaign team tried to blame the tech — the political version of “the light got in my eyes.”

But the company responsible for the closed captioning didn’t go quietly when Fetterman tried to throw them under the bus.

The reaction to Fetterman’s stumbling, stilted responses to debate questions was extremely negative. The left-leaning political news site Politico wrote, “John Fetterman struggled to effectively communicate during his one and only Senate debate with Mehmet Oz Tuesday in Harrisburg. . . . Fetterman failed to meet even the low expectations his own campaign set for him.”

Veteran Pennsylvania Democratic strategist Chris Kofinis was even harsher in his assessment.

“[Fetterman] should not have debated. Anyone on his team who agreed to a debate should be fired, or never work again, because that debate may have tanked his campaign,” he said.

Within minutes of the debate’s conclusion, Fetterman’s campaign released a statement simultaneously declaring victory and blaming the closed caption system provided to him for failing the candidate.

“We are thrilled with John’s performance. He did remarkably well tonight – especially when you consider that he’s still recovering from a stroke and was working off of delayed captions filled with errors.”

“Both candidates agreed to the technical set-up for the closed captioning process weeks ago, which was implemented at the request of the Fetterman campaign,” Weitman said. “Both candidates were offered the opportunity for two full rehearsals with the same equipment used in tonight’s debate.”

According to Weitman, Fetterman chose to do only one. In fact, Weitman said Nexstar’s production team went to “extraordinary lengths to ensure the effectiveness of the closed captioning process,” and to accommodate what Weitman called several last-minute requests of the Fetterman campaign.

“The closed captioning process functioned as expected during rehearsal and again during last night’s debate,” said Weitman. “We regret that Mr. Fetterman and his campaign feel otherwise.”

During Tuesday’s debate, Oz made no direct mention of Fetterman’s stroke. But during the course of the campaign, Oz has focused a lot of attention on Fetterman’s stroke, saying he may not be capable of serving in the Senate.

“Debating has never been John’s strength – it wasn’t even before the stroke – yet he still managed to go toe to toe with a professional talk show host on live TV,” said the Fetterman campaign. “John did what no one thought was possible, and his message was loud and clear: John will fight for Pennsylvania – Dr. Oz will only fight for himself.”

“Fetterman has raised over $1 million since the debate,” Fetterman campaign director of communications Joe Calvello tweeted on Tuesday night.

Journalists had a different take.

“I’ve never seen anything like the Pennsylvania Senate debate between John Fetterman and Mehmet Oz on Tuesday night, and I hope never to have to see anything like it ever again. The stroke that Fetterman himself said ‘knocked’ him down at the debate’s outset has impaired him. Full stop.”