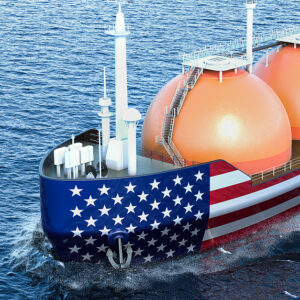 Progressive Democrats are demanding a ban on all U.S. oil exports, claiming it would drive down the price of gas at the pump. Nationalist Republicans are attacking the Biden administration for selling oil from the Strategic Petroleum Reserve on the open market, allowing millions of barrels to be bought by China.

The study, conducted by consulting and communications firm ICF on behalf of the American Petroleum Institute (API) and American Exploration and Production Council (AXPC), analyzed the six years since the ban on exporting U.S. crude oil was lifted in December 2015. The data showed enabling exports not only reduced global oil prices by an average of $1.93 per barrel but also added $161 billion to U.S. Gross Domestic Product (GDP) and added around 50,000 jobs to the economy.

“American energy leadership doesn’t just deliver significant benefits to Americans – fueling the U.S. economy and American jobs, delivering reliable energy, and helping put downward pressure on prices, but it also strengthens global security and supports our allies,” said API President and CEO Mike Sommers in a statement. “U.S. energy exports provide critical stability to the global market, support our allies across the world who depend on American energy to meet their needs, and strengthen American energy security here at home.”

If the United States is not exporting energy, Sommers argued, it leaves the door open for unstable nations or those with less stringent environmental standards to fill the void and reap the benefits.

“As this analysis shows, lifting the ban on crude exports in 2015 saved Americans money at the pump, supported thousands of good-paying American jobs, and reduced our country’s dependence on foreign oil,” said AXPC CEO Anne Bradbury. “At a time when Americans are hurting from the price at the pump, it’s clear that increasing the global supply of crude oil is critical to lower energy prices here at home and greater energy security around the globe.”

While the news may come as a surprise to some people and politicians, organizations including the Institute for Energy Research (IER) say this is precisely what needs to be done.

“In a basic economic sense, increasing the market for a product is likely to lead to increased production of that product,” IER Director of Policy Kenny Stein tells Inside Sources. “So, allowing U.S. oil to be sold to anyone at higher international prices naturally led to increased domestic investment and production.”

Additionally, a crucial problem with the crude oil export ban was U.S. refineries on the Gulf Coast were not designed to refine the types of light oil that were booming due to the hydraulic fracturing (aka “fracking”) revolution.

If the light oil could not be exported and domestic demand was limited, Stein said there was little incentive to continue investing in increased production.

Linnea Lueken, Research Fellow with the Arthur B. Robinson Center on Climate and Environmental Policy at The Heartland Institute, said Biden administration policies are hurting, not helping prices.

“Recent restrictions on domestic oil and gas production, namely moratoriums on leasing and similar hostility have had the opposite effect,” said Lueken. “The U.S. is capable of being not only energy independent but energy dominant too.”

Environmental groups are not fond of natural gas or LNG exports. Organizations including Sierra Club have long argued that “natural gas production creates greenhouse gas emissions every step of the way” before it is ultimately consumed at, say, a power plant.

“Exported natural gas must be liquefied, kept cold, transported overseas, then regasified before it can be used,” wrote Sierra Club in a 2021 report. “All of these extra steps translate into CO2 emissions up to 21 percent greater than plain old natural gas.”

Still, supporters of natural gas say the U.S. is the best choice to go after these and other fossil fuels.

“Natural gas and LNG exports are particularly important to the U.S. economy,” said Lueken. “If production and exploration for oil and gas were allowed to continue the way it was before, and if an expansion of our export capacity was encouraged by removing unnecessary regulatory hurdles, we could also play a role in helping our European allies cushion the blow of potentially losing exports from Russia.”