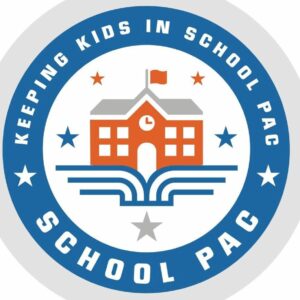 New Back to School PA PAC For School Board Candidates Statewide

After the Keep Kids in School PAC scored a 98 percent success rate in the May 18 primary for the school board candidates it backed, the PAC is taking its efforts statewide.

In a press conference Wednesday, Clarice Schillinger, founder of Keep Kids in School PAC, announced the start of Back to School PA. It has the backing of Bucks County venture capitalist Paul Martino, who has committed $500,000 to train advocates around the state, essentially franchising the successful Keep Kids in School PAC’s methods.

Martino said that the candidates the nonpartisan PAC supports must agree on one issue: Keeping schools open.

“We supported 94 candidates, with 98 percent success in the primary,” Schilling said. “Keeping Kids in School was really born out of my own frustration watching my children struggle with online learning for over a year. Throughout the past few months, I’ve met thousands of concerned parents.”

She met Martino by chance on social media and found he was just as concerned as she was with keeping children in school.

“We both recognize there is very little voice at the decision-making table for our children,” she said. “It’s so obvious when we witnessed thousands of parents speaking out at school board meetings. The stories these parents have publicly shared include anxiety, depression, children being left at home, failing grades, missed scholarships, opportunities, and the list goes on and on. The cries for help just seemed to fall on deaf ears.”

Schillinger, the mother of two kids in the Hatboro-Horsham School District, is now the new PAC’s executive director.

“We will seek individuals across the state who want to do exactly what Keeping Kids in School did in the primary,” Schillinger said. “We will provide them with start-up money, resources, training and lead them in the direction of success.”

“I am committing to writing up to 50 $10,000 checks to 50 concerned parents, activists, and organizers across the state who want to start their own political action committees  (PACs) and influence their school board races,” said Martino, managing general partner at Bullpen Capital.

And 30 of the 94 candidates Keeping Kids in School PAC backed were Democrats, “so this is hardly a partisan endeavor,” Martino pointed out.

“Those half-million dollars are meant to be spent directly by each PAC chairperson to support candidates in his or her district. We don’t yet know if there are 50 individuals in the state willing to get involved —  there might be 100 more or maybe there are only two or three — but we’re going to do our best to find them throughout the summer. I know for certain that there are parents across Pennsylvania who have not forgotten how our local leadership failed us.”

Each $10,000 check will also come with training from Back to School PA on how to file PAC formation paperwork, how to run digital ads, etc. The PAC will also provide shared infrastructure for state financial reporting. Back to School PA will help people across the state who may have already started their own small PAC but don’t have the resources to do campaign mailers or push cards.

Keeping Kids in School candidate Lisa Licwinko-Engleman, a mother of five kids who is seeking a seat on the Norristown Area School Board, said she decided to run a few months ago “when I witnessed our children in Norristown suffer to the greatest extent, primarily because we were the very last in Montgomery County to open for school and sports. In fact, our students only received about a month of in-person instruction after being at home for more than a year and a half.”

Back to School PA will also vet the people who request their assistance, Martino said. They are actively seeking people around the state who want to support candidates who share their belief in keeping schools open.

“I’ve donated to political causes for many years,” said Martino. “I’ve never had a return on investment like the $10,000 we got for Clarice. And when I saw the way we were being successful by running the 94 candidates and the kind of attention we got, I called her up and I said, ‘What if we did this 50 more times?’”

“We’re really excited about the education and entrepreneurial spirit of the design,” said Martino, who has two children, a boy who is 10 and a 12-year-old girl, in the Central Bucks West School District.