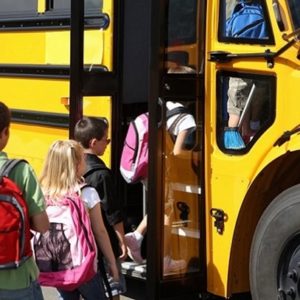 Editor’s Note: When the final numbers came in, Keeping Kids in School PAC, saw 92 out of the 94 candidates they supported go forward to the fall ballot, which was 98 percent.

A new political action committee, the Keeping Kids in School PAC, hit it a homerun its first time at bat with 95 percent of the school board candidates it backed in Tuesday’s primary advancing to the November ballot.

The PAC, founded by Clarice Schillinger and other mothers, is based on the premise of keeping students in school rather than returning to hybrid or online learning.

“Keeping Kids in School has worked tirelessly to help candidates get on the ballot, provided training, and advertised for their campaigns,” she said. “All in the name of doing what is best for our children and communities- getting kids back in school and running school board candidates who will make sure schools stay open.”

“We were able to get these candidates through the primary and on to the general election with just $20,000 of donations from parents, caregivers, and taxpayers, Schillinger said. “These funds were used for yard signs, campaigning literature, text messages, and social media ads for the candidates.”

Schillinger noted the PAC-supported candidates are “mom, dads, caregivers, and taxpayers who never thought they would run for public office, but to give our future generations the proper education they deserve, they have stood up and run for change. We at Keeping Kids in School are so proud and applaud each one of the candidates for their tireless efforts to influence change.”

The nonpartisan PAC, backed nearly 90 candidates and ran into fierce opposition from the teacher’s union, the Pennsylvania State Education Association (PSEA). One local union leader blasted the PAC as “jerks” on a web posting to members.  A call to the PSEA spokesperson in Harrisburg was not returned on Wednesday.

Schillinger had accused the union of “strong-arming” school boards to keep schools closed, despite the fact that most parents and many teachers want in-person schooling to resume. She pointed to some campaign literature that mentions possible closings in the upcoming school year.

Most of the candidates supported by Keeping Kids in School came from the Philadelphia collar counties. But some contenders in western and central Pennsylvania also sought the group’s endorsement. Schillinger said each candidate filled out a questionnaire, was interviewed, and vetted before they were endorsed.

Laura Foran, who is running for the Radnor Township School Board for the second time, was pleased with the support she received from the PAC.

“They helped us with social media and getting the word out,” said Foran, who with the other three Republican Radnor candidates who she ran with, made it to the general election ballot. But, she noted, the incumbents, who are all Democrats, did not cross-file so they will also be on the ballot. Cross-filing is the norm in school board elections, which traditionally are supposed to rest more on a candidate’s qualifications than party affiliation.

Paul Morse Jr., who is running for the Abington School Board and also supported by the PAC, was grateful for their help as well.

“We appreciated it,” said Morse. “I don’t think people are tuned into the PAC yet. I’m hoping we can extend their reach in November. People give lip service to keeping kids in school and don’t really mean it.”