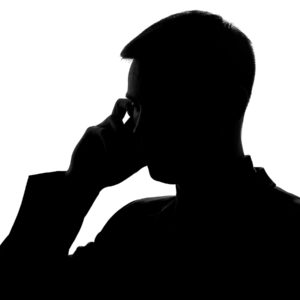 The Pennsylvania Department of Health (DOH) says it has received more than 50,000 submissions to a COVID-19 tip line for anonymous complaints against businesses allegedly out of compliance with the state’s social-distancing mandates.

The DOH, however, did not divulge other requested information such as how many of those tips were passed on to law enforcement agencies or resulted in any kind of punitive action, like fines or arrests.

“Some of these were not legitimate complaints and no follow up was required,” a DOH spokeswoman told Delaware Valley Journal. “The department has continued to work with other state and local agencies to address these complaints, as needed.”

When the department announced the online form in mid-April, it already had 1,200 complaints, meaning the DOH has averaged more than 400 complaints per day since then.

The form lets Pennsylvanians report local businesses for any of a dozen possible infractions, such as business equipment not being sanitized, employers not providing masks or a business not screening employees for symptoms. And while the form does allow complainants to identify themselves, it is not required.

The tactics inspired an immediate backlash.

“This is snitching, telling on your neighbors,” said Rep. Dawn Keefer (R-York, Cumberland). “The whole climate of it is just awful.”

“Encouraging neighbors to turn in neighbors for ‘non-compliance’ directly tramples upon our lives and individual liberties,” State Rep. Daryl Metcalfe (R-Butler) said on his Facebook account.

“These divisive fear-mongering tactics should never occur in the land of the free and the home of the brave — and the Wolf administration should immediately cease and desist from these Orwellian activities,” Metcalfe added.

Not long after the “snitch form” (as some lawmakers call it) was posted, right-leaning websites began encouraging readers to spam the site with a flood of fictitious reports in the hopes of rendering it useless, according to the Inquirer.

In Vermont, for example, the reporting outlet VTDigger examined more than 1,400 alleged violations received by that state’s “snitch line” and concluded “nearly all of them were vague, inconsequential, or petty.”

“Only 43, just 2.9%, were referred to specific police departments. And only 15 were bumped up to the Attorney General’s Office for follow-up,” the site reported.

“The child is riding her bike and approaching neighbors,” one of the reports uncovered by VTDigger said. “I asked it to be stopped. The mother is telling me that I need to stay inside my residence.”

Unfortunately, Delaware Valley Journal is unable to conduct a similar analysis in Pennsylvania due to a provision in the state’s Right to Know Act law allowing the government to refuse disclosure of documents that relate to investigations — even noncriminal ones.

Snitch lines are not just for government agencies. The National Basketball Association set one up as players moved into “bubbles” to restart the season.

Numerous colleges set them up as well, drawing the ire of the New York Times editorial board.

“People report on one another (truthfully or falsely) for a number of personal reasons, including competition, revenge, leverage and everyday aggravations,” the paper said. “There’s every reason to assume that these motivations will bubble up in the college context, too. Students have their own loyalties, broken hearts, rocky roommate relationships and fraternity codes of silence.”

Early in the pandemic, the Philadelphia Department of Public Health Twitter account was receiving and responding to complaints on the social media platform, sometimes for issues as small as hearing an outdoor basketball court being used.

As Delaware Valley Journal later reported, the city’s health department also then used its Twitter account to praise the turnout for a George Floyd protest in the city that numbered in the tens of thousands.