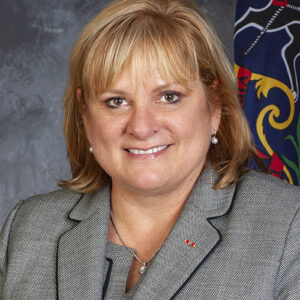 Pennsylvania House Republicans announced a package of bills this week aimed at helping the state’s economy recover as the COVID-19 pandemic begins to subside.  Led by Rep. Josh Kail (R- Beaver and Washington), the package of six bills and one resolution — dubbed the “Commonwealth’s COVID Comeback” — would stimulate the economy through small business protection, incentive manufacturing, create tax and regulatory reform.

Rep. Tracy Pennycuick (R-Montgomery) supports the plan. “We need this type of aggressive legislative package to meet the very real need of reviving the economy and the millions of families and businesses it supports,” she told Delaware Valley Journal. “Pennsylvania needs to be proactive in order to stem the loss of any more businesses and the jobs they provide.”

One of the bills, HB 198 by Rep. George Dunbar (R-Westmoreland) would allow businesses to use up to 100 percent of their income for the Net Operating Loss deduction in order to recover costs from business closures. Rep, Craig Staats (R-Bucks) is a co-sponsor of the bill.

“Businesses, particularly those in the hospitality industry, have been hit hard by the pandemic and the mitigation efforts that forced businesses to shut down,” said Staats. “I am co-sponsoring House Bill 198 to provide businesses like these and many more the opportunity to recover.  Currently, deductions are limited to 40 percent, which is simply not enough after the extraordinary year we had in 2020. The additional 60 percent deduction provided for in this legislation only covers losses that occurred in 2020. Prior year losses may not be carried forward from prior tax years. I believe this measure would help put these businesses on the road to recovery and strengthen Pennsylvania’s economy.”

Some of the bills are similar to the package Gov. Tom Wolf put forth in his February budget proposal.  One example is the reduction of the CNI by Rep. Natalie Michalek (R-Allegheny and Washington). The Republican plan calls for lowering the CNI from 9.99 to 5.99 percent by 2025. That would be achieved by an annual 1 percent reduction over four years. Wolf’s plan calls for a slower decrease, moving to 9.49 percent on January 1, 2022, then a gradual reduction to 6.49 percent in 2026.

Sam Denisco, Vice President of Government Affairs for the Pennsylvania Chamber of Business and Industry, said its organization supports efforts to reduce the CNI but is skeptical of a graduated proposal.  “The Capital Stock and Franchise Tax was scheduled to be phased out over a 10 year period; I believe it took 15 years,” he said.  Additionally, the Chamber noted this reduction plan could get complicated under the new Federal Stimulus plan. “There are ARP funds coming in from the federal government, and part of part of the contingencies for the state and I presume the local government would be that the government entities can’t use the influx of these rescue funds to offset any tax reductions.”

Democrats appear open to the change, but with conditions. “House Democrats have always believed the CNI rate can be reduced and made fairer if combined reporting of income is also put in place as it exists in so many other states,” said Bill Patton, Democratic Caucus press secretary. “We look forward to talking more about this with our colleagues.”

The Chamber balked at this idea, calling it “a partisan bullet point that keeps on being used without any real data behind it,” Denisco said. “The Department of Revenue has the authority that was enacted by the legislature and signed into law by Governor Corbett, which allows the Department of Revenue to add back revenue that’s in Delaware holding if they deem it necessary.”

The package of bills is expected to be part of the state Budget which is due by June 30. Wolf has not shown any reluctance about missing budget deadlines if he doesn’t like the plan.

However, this will be Wolf’s first budget since Democrats lost control of the State Treasurer’s office to the Republicans — and Wolf lost an important ally. Wolf appointed his first treasurer, Tim Reese, after Democrat Rob McCord resigned due to corruption. Reese was succeeded by Joe Torsella, who lost to Republican Stacy Garrity last November.