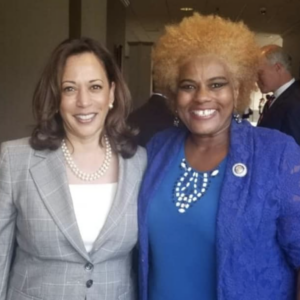 Member’s Arrest Brings Ethics to the Foreground for PA House

Days after a Democratic state representative was forced to resign over being caught stealing from taxpayers, a key House Republican is calling for his colleagues to take a fresh look at ethics rules. It’s a move backed by GOP members of the Delaware Valley delegation, while local Democrats are silent.

It comes in the wake of the recent arrest of Delaware County state Rep. Margo Davidson, who resigned after being charged with filing fraudulent overnight per diem requests and other expenses.

Grove and other committee members hope to tighten ethics rules to prevent similar incidents in the future.

“As recent as last week, a sitting House member became a former member because she was indicted,” Grove said. “Theft by deception, theft from charity, accepting cash for a voting understanding, using state staff or state resources for campaign purposes, conspiracy, and fraud are just some of the reasons legislators have been charged over the past few years. So, what can we do legislatively to protect taxpayers and constituents?”

“There is no excuse – ever – for an elected official, let alone a member of the General Assembly to step over the line of the law. Therefore, the state House Government Committee will review the current laws and procedures to make recommendations on how we can further discourage this behavior that erodes public confidence,” Grove said.

Local GOP Rep. Craig Williams (R-Chadds Ford) supports the move. “We should be careful not to conflate professional ethics with felonious crime, as was revealed last week about a now-former House member. Those entrusted with public service know better than to steal from taxpayers. My greatest concern on that matter is the message of deterrence we send by charging a simple misdemeanor and allowing this former member to keep her pension. As a former prosecutor, you can be certain I would have handled it quite differently.”

“As former ethics counsel to the Chairman of the Joint Chiefs of Staff and compliance attorney, an ethical culture requires constant vigilance,” Williams added. “I applaud Chairman Grove on his efforts. I plan to assist him both in making our ethics laws strict, clear, and readily understandable. I believe that should include regular, required legislative ethics training just as we do in other business and government areas to cultivate that culture of compliance.”

Rep. Tracy Pennycuick (R-Harleysville) agrees. “Legislators are elected to represent the citizens in their district,” she said. “Those that cross the line and use their position for personal gain should have no expectations of retaining their retirement or health benefits. Those benefits should be forfeited once they betray the public trust. Every taxpayer in the state should demand accountability and transparency of their tax dollars, and those dollars should not be funding retirement for a disgraced lawmaker. It is great to see the state government committee taking on these issues and holding public hearings. The ethical standards should be higher for lawmakers, and those that can’t maintain those standards should not receive any benefits from it.”

None of the local Democratic representatives contacted by the Delaware Valley Journal were willing to comment on the actions of their fellow Democratic colleague or the call for ethics reform.

“While this matter relates entirely to the Pennsylvania legislature, which is outside of the congresswoman’s purview as a federal representative, Congresswoman Scanlon firmly believes in the need for elected officials at all levels to have strong ethics and abide by strict standards — regardless of party,” spokesperson Lauren Cox told Delaware Valley Journal. “That is one of the many reasons she supported H.R.1, which would strengthen ethical standards through federal legislation.”