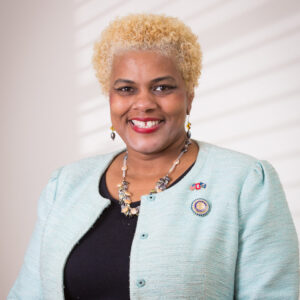 State Rep. Margo Davidson (D-Delaware County) resigned Thursday after being charged with stealing from taxpayers by filing fraudulent overnight per diem requests and other expenses. It’s not the first time questions have been raised about Davidson’s desire to access taxpayer-funded benefits.

“State representatives swear an oath to use their office for public service — not fraudulent personal gain,” Pennsylvania Attorney General Josh Shapiro said when the charges were announced. “We will uphold the laws of the Commonwealth without bias, and we will continue to uncover corruption wherever it is found.”

Rather than fight the charges, the four-term incumbent resigned.

“Today, I sadly announce my resignation and take legal responsibility for improper record-keeping and reimbursement of expenses for which I am paying the full restitution today for the $6,925 that was not administered properly,” she wrote in a public letter to her constituents.

“As I end this chapter, I can say with all assurance that you may have other representatives, but none that will love you more,” she said. “I was a voice and an advocate for underrepresented communities long before I was in the legislature, as I was in it, and I will be a voice for my community long after this day.”

Davidson faces charges of fraud, as well as “soliciting a witness to lie during the course of the investigation,” according to the Attorney General’s Office. It was not her first time to be caught with her hand in the taxpayer till.

In April, Davidson inspired laughter from her fellow legislators when she took to the House floor to oppose a bill abolishing state paid-for or leased vehicles for lawmakers. “I think we’re just talking about cancel culture,” she said. “I think that is an outrage, Mr. Speaker.”

The reason for the laughter? Davidson was notorious for driving her state-provided vehicle despite not having a legal driver’s license. In fact, in 2018 she was arrested twice in two weeks for crashing her taxpayer-funded ride while driving on a suspended license. The repair costs ran to around $30,000.

Elected representatives and senators not only make $90,335 a year, but they are eligible for up to $178 a day in per diems and a host of reimbursements.

Davidson, who ran in the 2018 Democratic primary for Congress in what is now U.S. Rep. Mary Gay Scanlon’s seat,  waived her preliminary hearing Thursday and paid $6,925 in restitution.

She is the first Democrat, first woman, and first African American to represent her district.