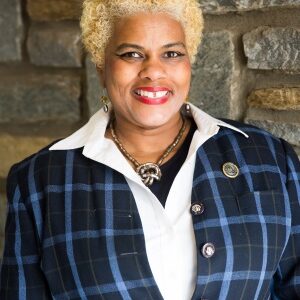 Delco Rep: Taking Away My State-Issued Car Is ‘Cancel Culture’

This article first appeared on the Broad + Liberty website.

A state representative from Delaware County on Wednesday told her colleagues that the Commonwealth of Pennsylvania should continue to provide state-owned vehicles to elected members of the General Assembly.

“I think we’re just talking about cancel culture,” Rep. Margo Davidson (D) said, as other members on the house floor responded with unstifled laughter. “Legislator shaming! ‘Those legislators are good, and those legislators are bad, so we want to cancel these legislators’ vehicles.’” she said as if she were supportive of removing the perk.

“I think that is an outrage, Mr. Speaker.”

Davidson was speaking against House Bill 746, which would abolish providing state paid-for or leased vehicles to lawmakers.

When some lawmakers tried to cut off this same perk before in 2018, Davidson was again at the heart of the issue.

In 2017, her state-issued vehicle was stolen and later wrecked, “leading to expensive repairs by the state,” the Philadelphia Inquirer reported.

“State records obtained through a Right-to-Know request show that Davidson’s total bill for repairs and insurance claims now surpasses $30,000 — and it could keep growing.”

The paper also reported Davidson, “had three accidents in two state vehicles over three years, including a hit-and-run fender bender this year while driving with a suspended license.”

In 2018, she rear-ended a vehicle and fled the scene at a time in which her license was suspended because of prior incidents. Weeks later, Davidson “struck a Buick Regal while backing out of a driveway in Concord Township, sending her and the other driver to the hospital.”

The state pays for not only the vehicle, but also the insurance, repairs, and even the occasional lawsuit settlement stemming from liabilities.

Davidson’s remarks about “cancel culture” seemed performative to a degree, as she did try to make more serious arguments beforehand. She pointed to a study that found the average lawmaker put on nearly 1,300 miles a month, and claimed reimbursing those miles could end up being “$115 more per month” than a lease.

Davidson also argued the debate was over “minuscule amounts” because only 45 or so lawmakers availed themselves of the perk.

As for accidents, Davidson went on to argue taxpayers were not on the hook because of the state’s “sovereign immunity.”

“It costs the state no more money because the state has sovereign immunity, and it pays out according to its own self-insurance,” she said in her floor remarks.

The pay package and perks that come along with being a lawmaker in the commonwealth are among the best in the nation, according to a compilation assembled by Ballotpedia.org.

Elected representatives and senators not only make $90,335 a year, but they are eligible for up to $178 a day in per diems and a host of reimbursements.

Pennsylvania is only one of ten states that have full-time lawmakers.

By comparison, full-time lawmakers in Massachusetts make slightly more than $66,000 a year with no per diem. Their travel reimbursements are set on a tier, one for those that live within 50 miles of the statehouse in Boston and a second tier for those who live farther than that.