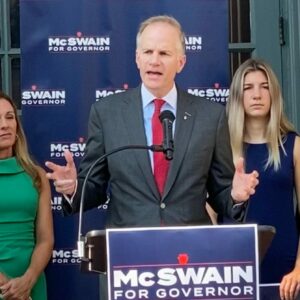 The woman recently appointed by Gov. Tom Wolf to be acting Secretary of State has come under fire as being a partisan Democrat and an advocate for mail-in ballots.

Republican Bill McSwain, the former U.S. Attorney who is running governor, took aim at Wolf’s appointment of  Leigh Chapman and to name her as an acting secretary rather than going to the state legislature for approval.

McSwain said Wolf knew Chapman “could not be confirmed” and, by appointing here, he is “disrespecting the legislature,” which is majority Republican. Wolf, who is in his last year in office because of term limits, is a Democrat.

McSwain noted that it is “important to restore people’s faith in the elections,” but instead Wolf chose to appoint someone who is “nakedly partisan.” 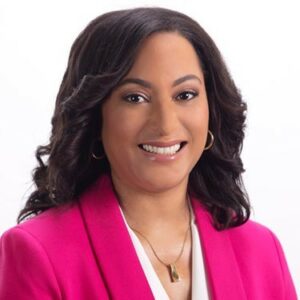 Prior to this appointment, Chapman had worked for Deliver My Vote, which is nonpartisan under the tax code, but McSwain noted its “founders are on record saying they are pushing mail-in voting to help Democrats” get elected. Deliver My Vote promotes mail-in balloting that “specifically favors Democrats,” said McSwain.

McSwain also came out swinging against Act 77, the 2019 legislation that permits 50 days of mail-in ballots prior to elections.

“I think no-excuse mail-in balloting is unnecessarily chaotic,” said McSwain. And Act 77 as it has been carried out is “deeply flawed.”

“I believe in in-person voting,” said McSwain. “I believe in the sanctity of the voting booth” where “nobody can influence you.”

“The people who voted for act 77 need to be held to account,” McSwain added, taking a swipe at the state senators who are competing with him for the GOP voters’ nomination to run for governor: Jake Corman, Scott Martin, and Doug Mastriano.

“That is a disqualifying vote, if you voted for Act 77,” said McSwain.

And with the appointment of Chapman as secretary of state, “the deck is being stacked for the Democrats,” he said.

In the 2020 election, former Secretary of State Kathy Boochvar permitted majority Democratic counties to “ engage in illegal ballot curing” or to allow officials to “call up folks and say you can do it again,”  who failed to include the secrecy envelope with their mail-in ballot, while Republican-leaning counties did not.

She and Wolf also allowed money from Facebook founder Mark Zuckerberg– “Zuckerbucks”–to flow into “counties that favor Democrats.” The money was spent on “voter drives to get more Democrats registered, advertising and media outreach to get more Democrats to vote,” he said. And also for more “unsupervised” ballot drop boxes, he added.

“There was almost no oversight in how they spent the money,” said McSwain.  “And to have a governor to sign that law (Act 77) and he violated it himself without even caring or realizing, allowing his wife to vote for him, is all you need to know about the lax attitude of Gov. Wolf.  It’s crazy but very, very telling.”

“It’s all part of his playbook,” said McSwain. “He’s continuing it…to prop up Josh Shapiro.” Shapiro, the current attorney general, is a Democrat running for governor.

“The Democrats are going to do everything they can to tilt the playing field in their favor,” said McSwain. “They don’t care about fair elections. They care about partisan victories and a part of that is appointing a secretary of state who is a partisan.”

Chapman graduated from the University of Virginia earning an undergraduate degree in American Studies and History and received her J.D. from Howard University School of Law.

She was senior director of the Voting Rights Program at The Leadership Conference on Civil and Human Rights. She has experience working on voting issues for nonprofit organizations, state government, and a political organization.

“I am honored and excited to be returning to the Department of State to serve as acting secretary of the Commonwealth of Pennsylvania,” Chapman said in a press release. “Throughout my career, I have worked to ensure that voting rights are protected and to improve access to the ballot box. I look forward to continuing that work in my new role, and to build on the tremendously successful election reforms in Pennsylvania over the last several years.”