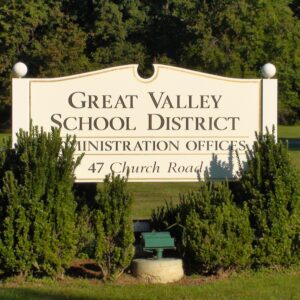 Fenicia Redman learned from another parent about obscene books in the libraries at Great Valley High and Middle schools about 10 months ago.

Since then, she has made it her mission to have those books removed and is now preparing to file a federal lawsuit.

Redman’s son attends Great Valley High. She was determined to do something about the books that she deemed offensive. So, the Malvern mom went to the school board and complained but got nowhere. The books remained.

Redman also filed a police report and went to the Chester County district attorney, who took no action.

She spoke to Republican gubernatorial candidates about the books and finally, with a group of other parents, Redman held a protest at the state capitol in Harrisburg. That protest has gained some support for her cause among legislators, including state Sen. Doug Mastriano, the Republican running for governor, and state Rep. Barbara Gleim (R-Camp Hill).

But with the books remaining in Great Valley School District libraries, Redman is taking another step. In March, she served the school board with a notice of intent to sue. Now she plans to launch a lawsuit in federal court.

“You’d better believe it when I say I will crawl on broken glass,” said Redman. “I’ll walk barefoot. I’ve got Lady Justice on my side, and if she knew what (the school officials) were doing to our children, she would lock them up.”

Bruce Chambers, a former Great Valley School Board president, said, “I greatly admire Fenicia Redman’s determination to pursue this issue through litigation. I find it ironic and sickening that the Great Valley School Board refused to listen to her at a school board meeting and actually left the room when she displayed pages from the books. They weren’t willing to look at the images from the books, yet they make them readily available for the children in their library.

“You only have to go to the Great Valley High School Library’s TikTok page to see what is important to the school district in the ‘education’ of our children. The first video you access on the site is ’10 Sweet Queer Graphic Novels’ which will display each of these novels for the children to check out. This is what we are paying for with our taxpayer money. It is outrageous, yet the school board and the district won’t even address the issue.

“They should not be surprised that a taxpayer is pursuing litigation against them,” Chambers added. “The district is more concerned with social indoctrination than educating the children for their future.”

Redman is basing her complaint on federal law that makes it a crime to show obscene materials to minors. It includes Section 1466A of Title 18, which prohibits anyone from knowingly producing distributing, receiving, or possessing with intent to transfer or distribute, visual representations, such as drawings, cartoons, or paintings that appear to depict minors engaged in sexually explicit conduct and are deemed obscene.

And Section 1470 of Title 18 prohibits anyone from knowingly transferring or attempting to transfer obscene material using the U.S. mail or any means or facility of interstate or foreign commerce to a minor un16 years old.

Redman said she cited those statutes to the school board for several months, “so they’ve had this knowledge of this federal law.”

And Redman said if she needs to, she will take this case to the U.S. Supreme Court.

Her are exhibits ready, Redman said. They are enlarged pictures of scenes in various school library books, such as “Gender Queer,” that depict sexual acts in graphic detail, which she has taken to the state capital. While the posters were being displayed, ironically, a capitol police officer told her to take the exhibits down because children might see them.

And there are books with graphic prose as well as books with obscene pictures, she added.

One book, “Push,” tells the story of a girl who is raped by her father.

“And that is heterosexual graphic, criminal material,” she said. “What literary, scientific or educational, or health purpose does it have? That is traumatizing to a child who has no idea.”

“That is a question America needs to hear,” said Redman. “And how many other books are they hiding?

To fund her lawsuit, Redman has started a Go Fund Me page. A spokeswoman for the school district did not respond to a request for comment.