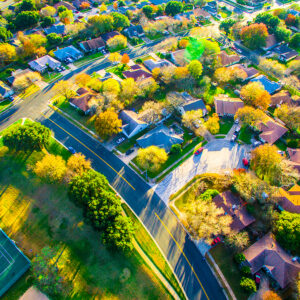 Is now a good time to buy or sell a home? That depends on who you ask. But what is certain is if you’re in the market for a new home you’re likely to be paying significantly more it than would have been the case a year ago.

In Pennsylvania, the price of homes is 8.3 percent higher this year than last year, according to a formula used in the industry. At the same time, the number of homes sold fell 5.8 percent and the number of homes on the market dropped 14.2 percent using the same year-over-year formula.

Bob Wexler of the Mortgage Bankers Association of Eastern Pennsylvania notes prices have been on the rise throughout the Philadelphia area.

“Home values in Philly are up 14.9 percent from last year,” he said. “The story is more interesting in the suburbs though. Homes in the suburbs are selling faster than ever, about twice as fast compared to 2020 and prices are higher.”

In Bucks County, prices were up 17.8 percent over last year. In Chester County, the increase was 14.8 percent. In Delaware County prices rose 18.4 percent compared to a year ago while in Montgomery County the figure was 18.2 percent.

In some municipalities, however, the increase in the cost of a home was even more dramatic. In Schwenksville, the average home sold for $472,500, 45.4 percent more than at this time last year, using the year-over-year formula. But the 21 homes sold in that community were in demand; the median number of days they were on the market was five.

In Royersford, 45 homes sold in September for a median price of $315,000, an increase of 7.1 percent; after being on the market for six days, making it one of the most competitive communities in the state in terms of housing availability according to Redfin.com.

Fannie Mae recently surveyed approximately 1,000 individuals by telephone to get their thoughts on the state of the housing market. Fannie Mae uses responses from its National Housing Survey® (NHS) to create its Home Purchase Sentiment Index (HPSI), which measures consumer satisfaction and concerns about the housing market.

The index measures, among other things, the percentage of consumers who think now is a good or bad time to buy or sell a home as well as their concerns and expectations re: home prices and mortgage rates.

When the issue is mortgage rates, 8 percent of respondents felt they will go down over the next 12 months while 51 percent expect rates to rise.

“Consumers feel it’s a bad time to buy a home,” he said, “but a good time to sell. And they continue to cite high home prices as the primary reason. Across all consumer segments, renters and younger consumers were slightly more likely to indicate it’s a bad time to buy, perhaps a reflection of their generally lower incomes and their observation that the availability of affordable homes is lacking. We’re also seeing a softening in consumers’ expectations that home prices will continue to increase. However, in our view, other housing market fundamentals remain supportive of further home price appreciation, including low levels of inventory and low interest rates.”

Wexler says a lack of inventory impacted the housing market for much of this year.

“But (the situation) has been improving in last few months,” he said.  “It’s been the main force behind higher home prices.”

Wexler notes the housing market is a seller’s market at present.

“It’s definitely a seller’s market with supply so low and homes selling fast due to high competition among buyers,” he said.

“Talk to a good local lender or mortgage broker,” he said, “to be prequalified and understand what you can afford.”