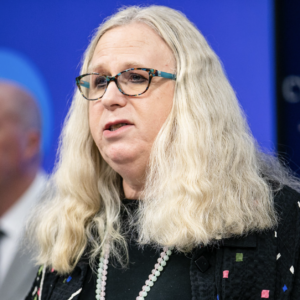 The Pennsylvania Department of Health (DOH) has denied two separate “Right to Know Act” (RTK) requests from Delaware Valley Journal, both of which sought emails or communications from Dr. Rachel Levine and other top officials at key moments in the Wolf administration’s handling of the COVID-19 crisis.

As a candidate for governor, Gov. Tom Wolf pledged transparency. But the Democrat has struggled since taking office to uphold that pledge, repeatedly finding himself dealing with controversies over his handling of public information issues.

In April, Republican legislators demanded public disclosure of how the Wolf administration handed out waivers allowing businesses to remain open during the pandemic lockdown. And the legislature responded to a lack of responses to right-to-know requests during the COVID-19 shutdown by unanimously passing a bill — over his veto threats — requiring state agencies to respond.

And yet, much remains unknown about the multitude of decisions the state made in the earliest days of the pandemic, and the RTK law will be an essential tool for reporters trying to assemble a greater understanding of the decisions made — decisions which may have saved or cost lives and jobs.

For example, Chester County Democrat Sen. Andrew Dinniman exclaimed in May that, “The department of health has failed our nursing homes,” yet months later little more is known now as opposed to then.

One critical DOH decision involved hiring an outside consulting group, ECRI, to assist nursing homes with various safety measures as the number of cases and fatalities in long-term care facilities was on an alarming rise. Pennsylvania has suffered the fifth-highest percentage of COVID-19 deaths in nursing homes in the country.

In early June, DVJ submitted the first RTK request seeking communications for four different date ranges, and specifically sought emails containing the word “ECRI.” That request was further narrowed to include communications for eight specific employees of the DOH.

The DOH contracted with ECRI to “provide individualized infection control and prevention assistance to long-term care facilities in Pennsylvania as the pandemic continues,” according to an ECRI news release. But serious questions have arisen since.

“They [ECRI] can even do sort of a virtual walk around the facility to make sure that everything is being done to protect the staff as well as patients,” Levine said on April 6, according to an investigative report from Spotlight PA.

“But in an interview with Spotlight PA, ECRI management said it was only conducting phone consultations, and that the company had offered to send iPhones to facilities to do video consultations, but was told the health department preferred phone calls,” the report added.

In denying the request, the department asserted that DVJ requested “reports of communicable and non-communicable diseases and the Department’s epidemiological investigations,” which are exempt from disclosure.

DVJ has appealed this denial, but a decision is not likely until late October.

In a second request, DVJ sought all emails for Levine and Deputy Secretary Sarah Boateng for the dates of March 16-18. Those dates are key because Wolf’s original lockdown order was issued on March 16.

“Your request is denied as insufficiently specific,” the denial letter from DOH read.

DVJ intends to appeal this denial as well.

The date ranges in the first RTK request were selected based on a timeline from Montgomery County Officials on contacts the county had with the DOH about the exploding crisis in long-term care facilities.

The chair of the county board of commissioners, Dr. Valerie Arkoosh, told a Democratic Senate Policy Committee in May that the county realized they were getting no support from DOH and ECRI, even as the county was telling them which facilities were most concerning to them.

“We again mistakenly assumed that there would be some on-sight assistance [from the DOH] to some of these most highly impacted facilities, and we actually gave DOH our top dozen [long-term care] facilities we were concerned about,” Arkoosh said.

“However, it did become clear that there was no capacity to make on-sight visits to these locations, so as a county we decided that it was the right thing to do to try to take this on ourselves.”

“As of April 29, ECRI had consulted with 76 facilities, or about 15% of all long-term care facilities with cases reported to the state,” the report said. “Providers criticized that number as too low when hundreds of facilities are vying for support.”

A spokesman for the DOH declined to comment on the records denials because the appeals by DVJ create an open legal matter. The spokeseman also reiterated the department’s view that the information sought by DVJ was not legally releasable.