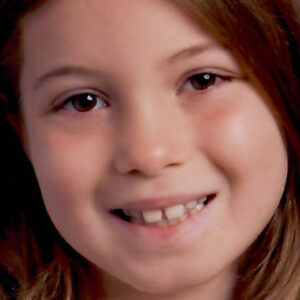 A proposal to protect children from abusive parents by changing the rules for granting custody is being considered by Pennsylvania’s legislature.

Named for a 7-year-old Bucks County girl, Kayden’s Law passed the state Senate in June and moves to the House. Senate Bill 78 would reform child custody statutes to focus primarily on the child’s safety and well-being.

The measure honors the memory of Kayden Mancuso, the young girl murdered by her biological father, Jeff Mancuso, during an unsupervised court-ordered visit ordered. Mancuso killed himself later that night.

Since her loss, Kayden’s mother, Kathryn Sherlock, tirelessly advocated for reforming child custody laws in Pennsylvania in hopes that no parent should ever experience an event such as this again.

Mancuso had a long-standing history of abuse, including multiple assault and battery charges, a history of alcoholism and drug addiction, and was known for violent outbursts. Previously, he had been diagnosed with major depressive disorder in a court-mandated mental health evaluation.

Kayden’s Law would prevent a parent with a history of abuse from being granted unsupervised visits. Advocates say the bill will change the course of child welfare and make custody rulings about the child’s well-being rather than the parent’s.

“Kayden’s Law will provide children in the family court system with greater legal protections by adding to the evidence judges must consider in making custody and visitation decisions, establishing an evidentiary hearing to thoroughly vet allegations of abuse, and urging the Administrative Office of Pennsylvania Courts to implement an ongoing, evidence-based training program for judges and other relevant court personnel regarding child abuse and domestic violence, which is crucial for those whose decision-making affects potentially life and death scenarios every day,” said Davis.

“We are long overdue for serious reforms to the current system and this legislation takes a big step toward addressing these issues and, hopefully, will save lives,” she added. “Our hearts go out to Kathryn Sherlock and to all of Kayden’s loved ones, whose persistent efforts helped make this bill possible. Tenacity for child advocacy such as Kathryn’s will help break barriers and continue to improve the child welfare and protection laws in Pennsylvania.

“The tragic loss of two innocent young lives is heartbreaking. While we do not know all of the facts in this particular case, one thing is clear—we must do more to protect children from risk of harm in contentious custody cases,” Santarsiero said. “These cases are difficult and complex and that is why I have worked so hard to get Kayden’s Law passed so that judges focus first on the health and safety of the children before awarding unsupervised visitations.”

Emily Antrilli, MFA, is a freelance writer and educator in the Greater Philadelphia Area. She wrote this article for the Delaware Valley Journal.