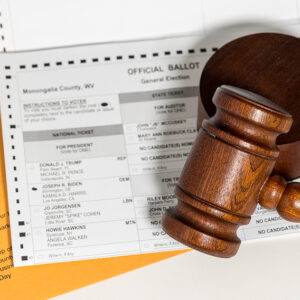 In order to protect the integrity of Tuesday’s election, Michael Puppio, a lawyer for the candidates, asked Eckel to order continued sequestration of some 5,500 ballots that were mailed past the Oct. 19 date required by statute, along with about 700 other ballots that were either mailed to the wrong address or had the wrong voter’s information on the inside envelope.

A third-party vendor the county hired to print and mail the ballots, ElectionIQ LLC based in Akron, Ohio, apparently made the errors, according to James Allen, county elections director. Puppio noted other counties have had issues with the same vendor.

Puppio said school board races could hang on a handful of ballots. Those races have become hotly contested this year as parents have taken issue with everything from Critical Race Theory to age-inappropriate books in school libraries to the fear that schools might be shut down again if there is another COVID outbreak.

People running for school board seats have been actively knocking on doors, passing out campaign literature, and getting signatures.

“Their races deserve as much transparency as the Supreme Court race does,” he said.

Allen told the Board of Election on Oct. 13 there had been a delay in sending some of the ballots but assured them they would be in the mail by Oct. 15. Those ballots were not sent until Oct. 25, Puppio said.

In the meantime, “people were waiting and looking for their ballots” and called the county. Delco officials blamed the post office, said Puppio.

“That was not the case,” he said. “It only takes two days for mail to go from Philadelphia to Springfield. That should have been a red flag for these people.”

“Where were (the ballots) for two weeks?” Puppio asked. “Who knows?”

Problems appeared when area voters began to receive their ballots in the mail. Some mail-in ballots went to the wrong addresses or for absentee ballots, and some had a different person’s name on the return envelope where the voter is supposed to sign.

And some people have not received the ballot they requested.

Former Pennsylvania Supreme Court Justice William Lamb testified that he and his wife had applied for mail-in ballots because she is a cancer survivor and has a weakened immune system. Their ballots never came.

County officials told the retired justice to either keep waiting and hope their ballots come, go to the Voter Services Center in Media to request a new ballot, or go to the polls and cast a provisional ballot.  However, Puppio said, county officials printed new ballots and delivered them to voters in a nearby apartment complex with a three to one voter registration favoring Democrats who had not received theirs.

“Nobody knows the extent or the depth of these problems,” said Puppio.

“It is not about partisanship for me,” said Puppio. “I filed not only for the candidates but for the voters.”