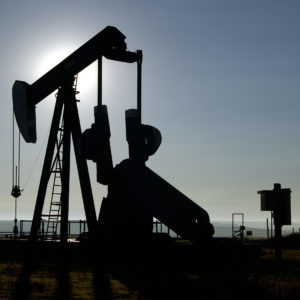 An announcement by the Environmental Protection Agency (EPA) could hurt fossil fuel producers and consumers. EPA wants to expand a 2021 proposal that would secure what the agency calls “major climate and health benefits for all Americans” by reducing emissions of methane and other “harmful air pollution” from new and existing oil and gas operations.

The Biden EPA considers methane a major environmental problem. At the same time, methane is a byproduct of natural gas production, which has drastically lowered U.S. greenhouse gas emissions compared to generating power with coal and oil.

In terms of the fossil fuel industry, this could mean fewer wells drilled, which means fewer wells developed, fewer rigs running, and fewer people running those rigs. Previous EPA regulations have focused only on new wells, so what EPA wants to do here goes beyond the norm. EPA is also planning to look at all drilling sites, not just large operations.

“Industry-led innovation to detect and mitigate methane emissions in operations has contributed to significant reductions relative to production in the Appalachia region and every major basin in the U.S.,” said Stephanie Catarino Wissman, executive director of American Petroleum Institute (API) Pennsylvania. “Our industry in Pennsylvania implements new technologies to accelerate methane emissions reductions while providing consumers with affordable, reliable natural gas, (and) we will continue to advance climate solutions and work with the EPA in support of a final rulemaking that is cost-efficient and fosters innovation and provides regulatory certainty.”

A PricewaterhouseCoopers study commissioned by API found Pennsylvania’s natural gas and oil industry supported 102,500 direct and 377,800 indirect jobs across the state’s economy in 2019. It also found the industry generated $78.4 billion toward the state’s gross domestic product.

Dan Weaver, president and executive director of the Pennsylvania Independent Oil and Gas Association (PIOGA), said Pennsylvania maintains one of the most rigorous environmental regulatory programs in the country.

“EPA and the Energy Information Administration (EIA)’s data shows that total methane emissions in the U.S. have fallen by seven percent since 2005, while natural gas production has increased 118 percent,” said Weaver. “Electricity production from natural gas has increased by 113 percent in that same period, providing significant public health and environmental benefits in the process.”

And because his industry makes money selling methane, Weaver said it makes no sense to allow it to dissipate into the atmosphere.

“That is why our producers maintain and update equipment, detect and repair leaks and use advanced technology to identify and control emissions,” said Weaver.

Still, the EPA believes more should be done to combat what President Joe Biden considers to be one of the greatest threats facing our nation today. “We are racing forward to do our part to avert the ‘climate hell’ that the U.N. Secretary-General so passionately warned about, Biden said in a speech to the COP27 global warming summit in Egypt last month.

“Natural gas is the very product our members produce and transport, and we have every environmental and economic incentive to ensure the product safely and efficiency reaches the market,” Marcellus Shale Coalition President David Callahan told Delaware Valley Journal. “This is America’s largest natural gas producing basin and it has the lowest methane intensity because companies here are monitoring and taking actions to minimize unwanted leaks.”

“We look forward to engaging with EPA on a workable, commonsense final rule.”