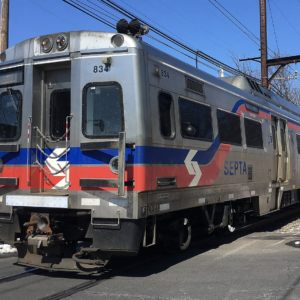 In Wake of SEPTA Rape, Should PA Pass a ‘Bad Samaritan’ Law?

The rape of a woman on a Philadelphia train continues to raise questions, one of them being, should witnesses to a crime be required to help a victim? These are called “Bad Samaritan” laws, and Pennsylvania is not one of the 29 states with such rules on the books.

For example, if someone is choking, a Good Samaritan law would immunize you from accidentally breaking the person’s rib if you administered the Heimlich maneuver.

“A Bad Samaritan law would punish you if you didn’t even try to help the person,” says Kaufman.

In the hours immediately following the October 13 rape Philadelphia police officers were quoted as saying people on the train did nothing to intervene.

“It’s disturbing that there were definitely people on the El and no one did anything to intervene or help this woman,” Upper Darby Police Department Superintendent Timothy Bernhardt said in the hours immediately following the attack.

The comments caught fire and got attention from news outlets including USA Today, The New York Times, and CNN. However, Delaware County District Attorney Jack Stollsteimer has since dismissed claims that witnesses did nothing, adding people on the moving train may not have even known exactly what was happening.

“This is the El, guys. We’ve all ridden it,” said Stollsteinmer in a story published by NBCPhiladelphia.com. “People get off and on at every single stop. That doesn’t mean when they get on and they see people interacting that they know a rape is occurring.”

Two people may have recorded video of the rape, one of whom “probably” alerted train operators about the attack, added Stollsteimer.

Law enforcement identified the man arrested as 35-year-old Fiston Ngoy. According to investigators, Ngoy and the victim both boarded the train at the Frankford Transportation Center in northwest Philadelphia. It was not until around 27 stops later at the 69th Street terminal in west Philadelphia that police said they were able to stop the assault.

“In addition to punishing bystanderism and encouraging upstanderism, prosecutors could offer immunity from an applicable Bad Samaritan law in exchange for a criminal witness’s testimony,” says Kaufman, who is also Visiting Associate Professor of Law at Washington University in St. Louis School of Law.

“Violations of Bad Samaritan laws in the United States are rarely prosecuted, so they are not often used to punish bystanderism,” adds Kaufman. “Such offenses could be tried more frequently, which would increase this usage of the statutes.”

David French, senior editor of the Dispatch, says people helping people is what makes us a functioning society.

“We’re saying things are so broken down that we’re going to have to pass a law for basic, human decency,” French told Delaware Valley Journal. “That’s sort of a symbol of how much these norms have been abandoned, and that’s troubling.”

French has “zero problems” with the notion that says it is a basic requirement of human decency to intervene when you can to save someone in distress, “but repairing those norms through laws that are almost impossible to enforce seems to me to be an act of futility.”

The very existence of Bad Samaritan laws is not widely known, so Kaufman says they are not effective at prodding upstanderism.

“Authorities and concerned citizens, however, could raise public awareness of the statutes,” says Kaufman. “Prosecutors occasionally offer criminal witnesses immunity from Bad Samaritan laws in exchange for testimony, but that usage’s frequency is unclear.”

As such, Kaufman says it is “difficult to determine how effective Bad Samaritan laws are,” but it is possible that they could be more effective if the statutes were more widely known and violations were more frequently prosecuted or immunized in exchange for witness testimony.”

Even then, Kaufman said Bad Samaritan laws are arguably unconstitutional in certain contexts.

“First, some critics contend that duty-to-report laws violate the U.S. Constitution’s First Amendment’s right against compelled speech,” says Kaufman. “However, where it has a compelling interest, the government lawfully requires statements of fact, such as with tax returns and draft registrations.”

In addition, the government can lawfully require reporting information about crimes through issuing subpoenas to testify.

“So, the First Amendment’s protection against compelled speech is not absolute,” says Kaufman. “In any case, Bad Samaritan laws could be drafted so as not to compel speech; they could include the option of providing direct assistance.”

“First, these statutes could require actions, at least one of which would not necessarily cause self-incrimination (such as summoning non-police assistance or providing direct assistance to a victim),” says Kaufman. “Second, Bad Samaritan laws could state that self-incriminating information is not required to be disclosed when summoning or providing assistance. Third, such statutes could immunize individuals from being charged with crimes that only come to the attention of law enforcement from complying with the statutes. Fourth, Bad Samaritan laws could simply exempt individuals who would self-incriminate by complying.”