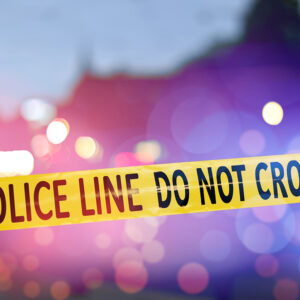 The violent crime plaguing Philadelphia appears to be spreading beyond the city limits. Now Pennsylvania House Republicans are taking action in response.

In Upper Darby, two men died of gunshot wounds while riding in a funeral procession when someone in another car opened fire. In Caln Township in Chester County, a drive-by shooter fired at a 20-year-old man, hitting him six times. And in Philadelphia, a group of teenagers beat a 73-year-old man to death with a traffic cone, a crime that made national headlines.

On Monday, House Speaker Bryan Cutler (R-Lancaster) named the members of a newly-established Select Committee on Restoring Law and Order. It will investigate the crime crisis. According to a statement, the committee will investigate whether local prosecutors are appropriately performing their duties in prosecuting violent crime and offenses, including illegal possession of firearms.

“This bipartisan group of lawmakers understands that what residents and visitors of Philadelphia are currently experiencing must change,” Cutler said. “I am confident these members will work together to find solutions and hold those in power accountable for allowing crime in Philadelphia to reach the levels they have today.”

Legislators from the Delaware Valley make up most of the committee’s members.

“A bipartisan majority of the House has charged the select committee with a serious responsibility. As chairman, I do not enter this work with any predetermined outcome in mind. The committee will review the facts and follow them wherever they lead,” said Lawrence.

House Resolution 216, adopted with bipartisan support, calls on the committee to investigate rising crime rates, enforcement and prosecution practices in the city, and the use of public funds to prosecute and benefit victims of crime.

The same committee is also eyeing the possibility of impeaching Philadelphia District Attorney Larry Krasner over mishandling the city’s rising crime rates. Last year there were 562 homicide victims in Philadelphia. So far this year, there have been 283, down 3 percent from 2021.

Reps. Martina White (R-Philadelphia) and Josh Kail (R-Beaver/Washington) are glad that members were appointed so the committee can begin its investigations.

“The people of Philadelphia and the surrounding suburbs have suffered from the prosecutorial negligence of a district attorney who refuses to fully prosecute crime,” White said. “Philadelphia is on track to surpass last year’s record homicide rate. The city is in crisis, and the crime is leaching into the suburbs and throughout the state. I have complete faith in those chosen to serve on this committee. They will listen to those who testify and let the facts take us to the truth.”

“We cannot forget that many lives have been lost and families crushed as a result of inaction and willful dereliction of Philadelphia District Attorney Larry Krasner,” said Kail, who introduced legislation to form the committee. “I believe those chosen to serve will take their jobs seriously and weigh the information they gather fairly.”

Some fear the new committee may be a lot of talk but little action.

Crime is certainly front of mind for voters in the Philadelphia area. Could this committee have an impact on November’s elections?

Berwood Yost, director of the Center for Opinion Research at Franklin & Marshall College, said most voters are thinking of their pocketbooks.

“At the moment, voters are most concerned about economic matters, particularly inflation, although I think the issue of crime can be an effective tool for Republicans to use to paint a general picture that the current administration isn’t doing a good job and to feed the narrative that things are going badly in the state and nation,” said Yost. “I also wonder whether the recent Supreme Court decision limiting the ability of states to regulate guns might actually create a problem for Republicans on this issue given the large number of suburban voters who support more gun regulation.”