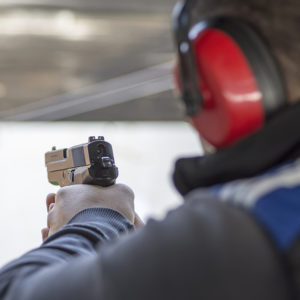 Gun Permits Spike in Delaware Valley Amid Unrest and Uncertainty

Statistics obtained by Delaware Valley Journal show gun license-to-carry permits across the four-county region spiked from 10 to 30 percent this year, sparked by concerns over the COVID-19 crisis and crime in the streets.

For example,  the Montgomery County Sheriff’s office reports 9,362 permits were issued in all of 2019, an average of 780 permits each month. Through the first eight months of 2020, however, MontCo has averaged 1,042 permits per month, up 33 percent.

Those numbers track with anecdotal reports from when the beginning of the pandemic here in Pennsylvania, when some gun shops were being overwhelmed with new customers and had lines stretching out the door. 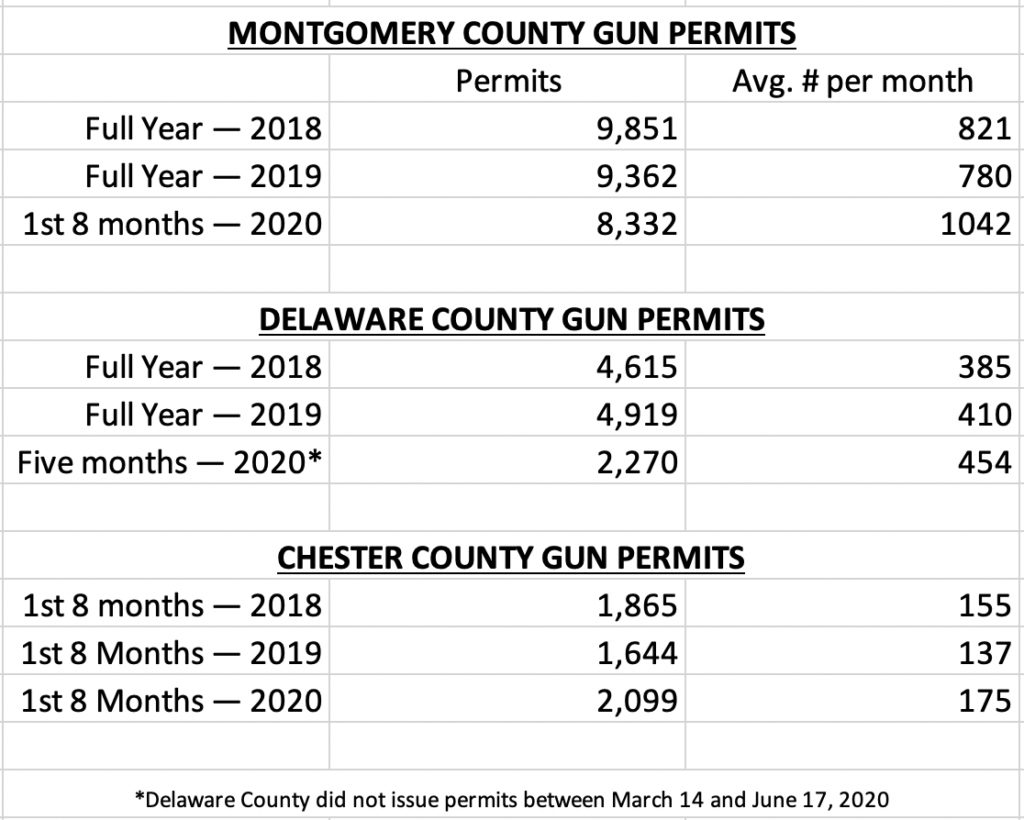 A sales representative at Guardian Training Center in Bucks County said there is no doubt the increased interest is due to the coronavirus outbreak and the civil unrest that began to unfold later in the year over policing issues.

“There’s definitely been a huge spike and surge in new gun owners wanting to get into the firearms world and just be able to protect themselves, their families, their businesses,” the sales representative named Gerold — who asked that his last name not be used — told Delaware Valley Journal.

“We’ve had a lot of people come to us who have felt scared, or who have had instances where they had things happen to them with the riots going on, things like that.”

The National Shooting Sports Foundation (NSSF), a nonprofit that supports gunowners and manufacturers, just concluded a study on the surge in 2020 gun buying. They estimate five million Americans have become first-time gun buyers already this year.

“This is a tectonic shift in the firearm and ammunition industry marketplace and complete transformation of today’s gun-owning community,” said Lawrence G. Keane, NSSF senior vice president of general counsel. “These first-time buyers represent a group of people who, until now, were agnostic regarding firearm ownership.

“That’s rapidly changing, and these Americans are taking hold of their God-given right to keep and bear arms and protect themselves and their loved ones.”

A data breakout of that survey further showed retailers estimated 40 percent of gun buyers from January to April of this year were first-time purchasers, and more than 60 percent of first-time buyers asked about taking firearm safety courses.

The NSSF’s study predicts the high demand this year will continue, as presidential election years often see surges in gun buying as well.

Gerold at Guardian Training said he believes the number of first-time buyers underlies a broader attitudinal shift about the Second Amendment.

“I think it has opened up a lot of people’s eyes,” he said. “It’s just been portrayed as something that’s bad, but with everything going on in the world, people have started to shift their views that, ‘Alright — [gun ownership] is not bad, it’s something we actually should rely on and it can be useful and used in the right ways.’”

The NSSF survey “revealed that 58 percent of firearm purchases were among African American men and women, the largest increase of any demographic group.”