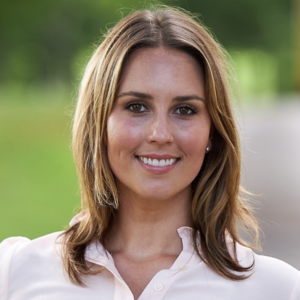 Democrats’ hopes for retaking the lower chamber of the General Assembly hit a major snag in a northern corner of Bucks County Tuesday night.

As of 1 p.m. Wednesday, Labs was leading in unofficial results on the Department of State website by 19,099 to 14,222 — or a 57 to 42 percent split. Even with several thousand ballots left to count in the county, Ullman is not expected to be able to overcome that lead.

Ullman will now only serve one term after her narrow 2018 victory over Republican Joseph Flood by fewer than 600 votes, according to Ballotpedia.

Democrats need to flip nine house seats to take the majority in the lower chamber of the General Assembly. Labs’ victory alone is a severe setback to those ambitions as Democrats await the vote counts over the next two days (or longer) in other swing races.

The Labs victory moves the goalposts for Democrats, who now need 11 additional seats in order to take the majority. Only about about 15 seats across the commonwealth are viewed by political pros as potential pick-ups for Democrats. Meanwhile, Republicans were still on offense in other house races outside the Delaware Valley.

While no major news outlet like the AP has made the call on the GOP holding its house majority, the Democrats’ odds of winning it have receded quickly.

Just two weeks ago, the Cook Political Report moved their ranking of the majority battle in Pennsylvania from “leans Republican” to “toss up.”

Leading up to Tuesday, Democratic hopes were bolstered by statewide and national polling showing Joe Biden outperforming Hillary Clinton. Hopes had begun to build that a “blue wave” was rolling in that would assist local Democrats in their attempts to take the House.

Instead, polls missed the actual Election Day outcome, just as they did in 2016.

“I always thought the House was pretty well out of reach, but the Democrats always come up with a theory or two about how they can win the legislature, but it never seems to happen,” longtime GOP analyst and consultant Charlie Gerow told Delaware Valley Journal.

Just after noon on Wednesday, unofficial results from the Department of State showed Killion leading 23,972 to 18,604, or a 56 to 43 percent advantage. However, most of the votes already tabulated were from ballots cast on Election Day, which are generally thought to favor Republicans. Kane will likely close that gap as more mail ballots are counted.

“Chester County has 80,000+/- votes left to count. Have some breakfast and coffee and try to relax,” Chester County Commissioner Marian Moskowitz tweeted mid-morning.

Gerow said Republicans are confident that they will retain their majority in the Senate, but they also know there is a lot of vote counting left to do.