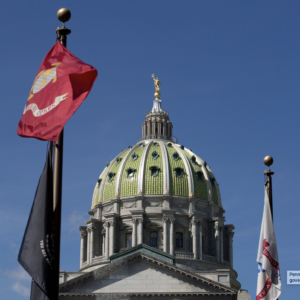 The Cook Political Report says the battle for the partisan majority in the Pennsylvania House of Representatives is now a “toss-up,” moving in the Democrats’ favor as Biden’s lead in Pennsylvania takes an effect on the down-ballot races.

The Cook Political Report, a non-partisan newsletter that analyzes electoral races, published their latest prognostications that shifted the expected results of the 2020 elections in 8 chambers nationally towards the Democrats, including the Pennsylvania House. However, the Pennsylvania Senate still “leans Republican” according to the Cook Report, despite the Democrats needing to win 9 seats to gain a House majority and only 4 for the Senate.

Though Pennsylvania is a swing state for many federal offices, state-level politics usually remain red. Since 1992, Democrats have held a majority in the House for only 6 years total – 1992-94, and 2006-10.

TJ Rooney, a Democratic consultant and former chair of the Pennsylvania Democratic Party, agrees that the Democrats’ chances have improved since the beginning of this year.

“In January or February, I would have said that the Democrats’ chances of controlling the chamber at the end of the cycle would have been about 20 percent. If you’re asking me today, I think it’s a 55-45 proposition that the Republicans maintain control of the chambers,” Rooney said. “Nine [seats to win in the House] is a big number without any subtraction.”

While winning a Democratic majority in the Senate is less likely, Rooney added that even narrowing a majority would change the political dynamics.

“[Republicans] have historically been very good at that, co-opting any number of Democrats, not just one or two,” Rooney said. “Getting close is very important; it makes the Democrats relevant, Republicans will actually have to deal with them. The issue with Republican majorities is that they don’t have to deal with [Democrats], they just have to make a deal with the governor. It changes the dynamic, in some respects, considerably.”

The GOP has been fighting a major tide of Democratic voter registration this year in the Delaware Valley as the dynamics of the presidential election trickle down to state-level politics, turning several traditionally “red” races into competitive areas. Democrats were also able to make headway during the 2018 midterm elections, winning 11 seats in the PA House during what the party nationally called the “blue wave.”

At the same time, however, Republicans have been making noticable strides in the southwest. “Since 2016, Republicans have netted nearly seven times as many registered voters [statewide] than Democrats,” a recent report from Politico noted.

Despite the boost from Democratic voter registration in the Delaware Valley, the path to a blue House is far from guaranteed. Republican consultant Charlie Gerow was skeptical that increased gains would translate to a concrete victory for the Democrats.

“Look, is the Pennsylvania House in play? Yes. But does it lean Republican, or in the direction of Republicans maintaining control? Also yes,” Gerow said. “You look at it race by race. The number of pickups Democrats would have to make far exceeds even their rosiest perspectives.”

According to polls averaged by FiveThirtyEight, Biden has remained consistently ahead of Trump in Pennsylvania since March, with that gap widening to an average of 5 percent this month. The results of the Presidential elections have the potential to pull down-ballot races along with them, but for Democrats to win they’d also have to defend several vulnerable seats while winning competitive races in the Southwestern part of the state.

A poll by Delaware Valley Journal in late September also showed a massive tilt towards Biden — a 60 to 35 advantage among registerd voters in the four “collar” counties around Philadelphia.

The Cook Political Report also pointed out that the shift to large amounts of mail-in voting can have unpredictable effects on election outcomes, and as a result, many races in Pennsylvania will be difficult to call in the days immediately following the election.