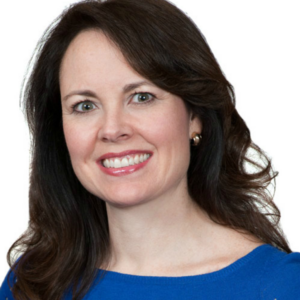 With the advent of no-excuse mail-in ballots in Pennsylvania and dropboxes, Montgomery County is now on the front line of the fight over election integrity.

Local Republicans have documented problems, including voters bringing multiple ballots to stuff dropboxes. Party Chair Liz Preate Havey took the issue to the Board of Commissioners Thursday but got no immediate response, except a blast from Republican Commissioner Joe Gale.

During the meeting, Havey said in recent years the voting process has been “plagued with various issues.”

They have included voters receiving the wrong ballot, too few ballots at polling places, incorrectly printed ballots, unsecured ballot boxes where individuals brought multiple ballots, and watchers kept away from the counting process so they could not meaningfully observe.

Havey asked that the GOP’s suggestions for improvements be adopted, adding she has met with other Republican committee leaders in the five-county area who agree with the proposals.

“Many voters feel their vote doesn’t count and tell us they won’t bother voting,” she said.

The Republican “committee has documented hundreds of complaints from voters and has observed first-hand deficiencies in our election procedures in Montgomery County including gross abuse of the requirement against dropping multiple ballots in dropboxes. A review of just a few hours of surveillance at one dropbox produced over 100 people dropping multiple ballots, including one woman dropping handfuls of ballots which is clearly against the law,” Delaware Valley GOP officials said Thursday.

Clarice Schillinger, a Horsham resident and Republican candidate for lieutenant governor, was among those who spoke in support of Havey.

“Unfortunately, we have seen a number of Pennsylvanians lose their trust in their election system after the passage of Act 77,” said Schillinger. “And the additional verbiage added allowing dropboxes. The dropboxes here have been left unsecured and allowing for the opportunity of illegal ballot harvesting must be addressed. Illegal ballot harvesting is happening. This is a fact. It’s not a conspiracy.”

She asked the commissioners to adopt the GOP-recommended proposals.

Gale, who is running for governor, said he has talked about problems with Act 77 and the dropboxes since it was passed and told Havey she was doing “too little, too late.”

“You’re part of the problem, not the solution,” Gale told Havey.

Asked later why he lashed out, Gale said he believes Act 77 is unconstitutional and he has voted against certifying four elections since its passage for that reason. He also voted against all contracts related to dropboxes and election materials, as well. He promised to eliminate Act 77 if he is elected governor and accused Havey of sanctioning the law in the past elections.

Havey told the Delaware Valley Journal that Gale is wrong.

“I did not sanction Act 77,” said Havey. “I have been publicly talking about election reform for years. Commissioner Gale has kept Republican candidates, including President Donald Trump‘s campaign, in the dark regarding the county’s election security deficiencies. He has done nothing to help protect the integrity of the vote while county commissioner. He has been totally absent.

“Instead of demanding reasonable measures be put into place, he attacked me for not calling on the county commissioners to repeal Act 77 – which they have absolutely no power to do,” she said.

The county took months to respond to a Right to Know request from the GOP, and then, only one surveillance video of a dropbox was able to be viewed, said Havey. That video from Nov. 2, 2021, clearly shows a person putting multiple ballots into the box when the law permits each voter to drop off only their own. And the surveillance tape showed more than 100 people submitting multiple ballots, GOP officials said.

The Montgomery County GOP released a list of ideas to improve the voting process. They include: Reinstating the presence of security guards and operating dropboxes during regular hours; requiring voters to sign a log at the dropbox; providing both political parties with a chain of custody for the ballots received at each dropbox; using a video surveillance system at the dropboxes that county staff reviews and allowing party staff to do the same.

Other requests include new mail-in ballot canvas procedures that allow party representatives a meaningful opportunity to observe the handling and counting of ballots at all times; upon recognition of an error in the count or with the canvas, notify both parties immediately; using an election results reporting system that clearly reflects how many ballots have been collected, how many ballots are in the current count on the website and how many other ballots could be added to the count.

A county spokeswoman said, “We appreciate receiving their proposal and are taking their recommendations under review. Many of the items have been part of our normal operations, and several others are being implemented. We look forward to working with both parties to improve voter education, the elections process, and the voter experience throughout the county. Montgomery County Voter Services is committed to making voting convenient, safe and accessible for all of our residents.”

“Without clear written transparent procedures our elections will continue to face issues and sow greater distrust by our voters” Havey said.

Delaware County Republican Chairman Tom McGarrigle agreed and said, “It is critical that we have uniform Election Procedures across all counties.”