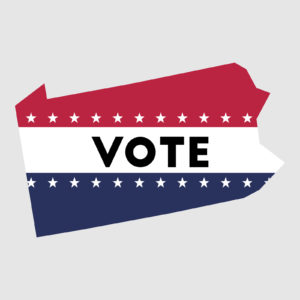 While it may not be the sexiest topic in politics, redistricting is deadly serious in determining control of the state and perhaps, with Pennsylvania being a swing state, Congress in the future.

Argall (R-York, Schuylkill), who chairs the Senate State Government Committee, is in the thick of drawing the state’s congressional map. As they sing in “Hamilton,” he’s “in the room where it’s happening.”

Since the 20202 Census shows Pennsylvania has lost population, it will lose a congressional seat. So the map must be redrawn. However, because the southeastern part of the state did not shed people like other areas, it is less likely that the Delaware Valley area will be the focus of consolidation.

Argall said he hopes to work out a bipartisan consensus map to send to Gov. Tom Wolf for his signature, but he knows the issue may end up in the courts as it has in the past. Already, Democrats have filed a lawsuit regarding the redistricting process.

“I am an optimistic guy, but given the world we live in today I would be shocked if everyone does not join hands and sing ‘Kumbaya,’” he said.

To that end, he’s met with various good government groups.

“The key is we believe that we can do better than we have done in the past,” said Argall. “When we finally come up with our map, we’re not going to just drop it on the members’ desks and say, ‘Eh, it’s the best we can do.  We’re going to talk about why we made the decisions that we did. We’re going to try to be more open and transparent than we have in the past and if I get my way there will be fewer divided municipalities than in the past.”

Argall said that his main goal in drawing the new districts will be keeping communities together and avoiding districts that end up with odd, misshapen shapes and split towns and precincts.  He noted the constitution calls for districts to be “compact and contiguous.”

But on Tuesday a bill emerged from the State Government Committee that critics say would keep incumbent state legislators in their home districts.

“Gerrymandering is not a new issue,” Argall said during the webinar. “Gov. Gerry [for whom the term is named], is what, 1812?  You know all the way back in Massachusetts. In England I think they’ve been arguing about it since the 1200s.”

(The word “gerrymander” (originally written “Gerry-mander”) was used by a Boston newspaper on March 26, 1812 to describe a congressional redistricting map drawn during the term of Massachusetts Gov. Elbridge Gerry that resembled a salamander.)

“My personal preference is to continue to allow members of the House and Senate who are elected to represent the people of their districts, continue to have some say on this issue as they have for the last couple hundred years,” he said, when asked by Spotlight reporter Marie Albiges about not removing incumbent lawmakers from their districts when redrawing the map.

“I’m well aware that the system has been abused, but I also understand the Founding Fathers got some things right,” said Argall. “And I don’t want to disenfranchise every voter who has voted for every legislator along the way and just take the current system, throw it on the trash heap and start out again. I know some people want the whole loaf. The old joke here in town is anyone who wants the whole loaf, usually goes home hungry. And so I’m trying to find those pieces of this issue that people agree on and next year we can argue about the next piece.

“The people of Pennsylvania expect us to get things done in a bipartisan manner,” said Street. “Our efforts around redistricting will ensure maps represent Pennsylvanians, not partisan politics and that communities of similar interests are preserved. This will be a fair and transparent process.”