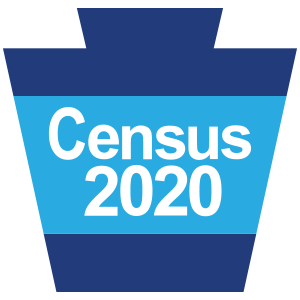 Despite solid population growth in southeast Pennsylvania, the Keystone State  will lose another congressional district due to reapportionment — for the seventh time in a row.

While Pennsylvania’s population increased over the past decade, the tepid 2.4 percent growth rate wasn’t enough to keep up with the national rate of 7.4 percent.  Pennsylvania’s congressional delegation will shrink as it has after every census since 1960. Republicans blame anti-growth public policy.

“With punitive taxation policies, years of continued youth exodus, and more than six years of an administration that stands in the way of real economic growth in normal times—in addition to being outright hostile to small business job creators over the course of the pandemic, it is not surprising to see Pennsylvania lose in comparative population to other states that have made it a priority to attract families, retirees, and businesses,” said Jason Gottesman, spokesman for House Majority Leader Kerry Benninghoff. “Until we take real action on initiatives that could make Pennsylvania more competitive, we will continue to lose out on congressional representation and other opportunities.”

Philadelphia’s collar counties did their part. All four were in the top 20 fastest-growing counties in the state in the last decade, according to census data released last year. Chester led the way at No. 5, Montgomery County was No. 7, Delaware was 17th and Bucks was 20th. But Pennsylvania’s 13 million population isn’t enough to maintain the current congressional representation. It will join California, Illinois, Michigan, New York, Ohio, and West Virginia in losing a seat in the U.S. House of Representatives. States gaining members include Texas, which will gain two seats, with Colorado, Florida, Montana, North Carolina, and Oregon all adding one.

This will also mean the congressional delegation, now evenly split with nine Republicans and nine Democrats, will tilt toward one party.  This shift will likely to result in massive litigation as the parties vie for control. Democrats have already fired the first volley in the litigation, filing what is known as an “impasse” suit to ask the courts to intervene.

The Pennsylvania House and Senate are constitutionally required to draw the congressional map (and state legislative maps) and present them to the governor for his approval.  In 2010, the map drawn by the Republican legislature and approved by  former Republican Gov. Tom Corbett resulted in Republican gains in southeastern and Western Pennsylvania. However, the district map created by the Republican legislature was overturned in 2018 by the Democrat-controlled state Supreme Court. The new districts saw their first election in 2018 and ushered in Democratic victories, leading to the split delegation that the commonwealth has today.

Whether or not the Republican legislature and Gov. Tom Wolf can agree on a map will be known in the coming months. However, unlike the state legislative maps, which remain at 203 House seats and 50 Senate seats, the congressional map must be drawn by the time candidates for office file their petitions. In the 2012 election, new congressional maps were used, but legal challenges delayed  changes to the 2014 election.

Given the population growth in southeastern Pennsylvania, our region is unlikely to see a loss of representation.  But the parties will likely joust over parts of central and western Pa., with Republican Congressman Scott Perry, who represents York, Adams and Cumberland counties, a favorite Democratic target.  Likewise, the Allegheny County districts of Democrats Conor Lamb and Mike Doyle might also be joined, although Lamb is considered a rising star in the Democratic party.

Perhaps the most logical place to expand a district would be PA8 in northeast Pennsylvania.  Lackawanna County’s Democratic Rep. Matt Cartwright’s district  is trending Republican. Cartwright also represents part of Luzerne County, with the other portion is represented by Rep. Dan Meuser in PA9.  Meuser has been publicly mulling a gubernatorial run, opening up his seat. By expanding PA8 into all of Luzerne County and shifting PA10, 12, and 13 eastward, PA9 then could be split into several sections.

Also, three counties are currently split into three congressional districts. One is Philadelphia, which will likely remain that way. The others are Berks and Butler Counties, which voted for President Trump in 2016 and 2020. Berks and Butler saw growth at 2.3 and 2.2 percent respectively.

Republicans and Democrats will likely both cry foul throughout what promises to be a very partisan process. Wolf , who is leaving office in 2023, will have plenty of incentive to draw maps benefiting his party to burnish his legacy. For Republicans, it is a chance at revenge for the Democrats using the power of the state Supreme Court to draw lines beneficial to their party back in 2018.

One thing is all-but-guaranteed: a plethora of lawsuits.