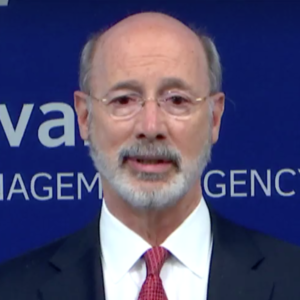 Republican state senators asked the auditor general to “immediately begin an audit of the Department of Community and Economic Development” (DCED) over how it has handled the waiver process for businesses hoping to stay open during the coronavirus crisis.

“We ask that this audit be expedited to shine a light on the process that they [DCED] used to determine what deemed a business ‘essential’ or ‘non-essential’ as well as providing a complete listing of all businesses that were granted waivers,” the senators wrote. It was signed by all 28 Republicans in that chamber.

This is the third investigative front opened by the GOP, just two days after Republican senators demanded documents from Gov. Tom Wolf (D) showing how the waiver process has worked and Republicans on the House Government Oversight Committee announced they would open an investigation.

“The governor has always said that he is open to a review of the process so we can learn from it and make improvements, and we welcome the Auditor General’s review,” Lyndsay Kensinger, Wolf’s spokeswoman, told Delaware Valley Journal.

“The department is reviewing the request,” was the only response from Auditor General Eugene DePasquale’s office.

Requests to Democratic senators from the Delaware Valley were not returned.

“If [citizens] need something, they come to us,” Mensch said. “And so, we’re the ones constantly getting the requests on ‘Why is Johnny Joe’s company approved? I do exactly the same thing and I can’t get a waiver.’ So, they’re coming to us repeatedly.”

“Personally, for myself, but generally for the caucus, we’re very concerned for Constitutional and individual rights that may be violated,” Mensch said. “If you had a garden center that can’t open but Lowe’s is open and selling garden goods, are you not impinging upon that person’s First Amendment rights of that garden center? I believe that you are.”

“The fact that they don’t want to provide the information that should be publicly available again is a violation of people’s rights. If I’ve made a [waiver] application, I should know the status of that application, particularly given the impact to the economy that’s occurring.”

Mensch said processing over 40,000 waiver requests is clearly a “daunting” task, but believes the Wolf administration and the DCED went about the process incorrectly by seemingly reviewing each waiver manually.

Mensch says he would have issued waivers using the North American Industry Classification System codes, or NAICS codes, saying it would “simplify this process dramatically.” Every business has a code from the federal government classifying it by category to help the government in data collection.

Two Senate committees under Republican control united earlier in the week for a request for documents from Gov. Wolf with a Wednesday deadline. That letter to Wolf said Senators were prepared to “take any appropriate additional steps to compel the delivery of these records,” which many have interpreted to mean issuing a subpoena.