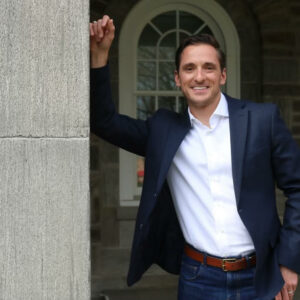 The Republican hoping to unseat Congresswoman Mary Gay Scanlon (D-Delaware/Philadelphia) thinks she and President Joe Biden are getting the natural gas issue wrong.

Republican David Galluch says he will fight to not only encourage the sector but expand it.

“We have more natural gas under our feet than Saudi Arabia has oil,” says Galluch. “Natural gas is the cleanest fossil fuel there is, and if you liquefy it, it gets even cleaner.”

And, he notes, it keeps hundreds of thousands of people working across the state.

“The job multiplier for the energy sector is 18.3. That means for every one job we create in the energy sector, we create 18.3 jobs downstream,” says Galluch. “We are talking construction, manufacturing, high-skill, high-productivity, high wage enhancing employment, a lot of it union and skilled labor.”

Biden has pushed for what he calls “good-paying union jobs.” Still, the president’s critics say his energy and environment plans are threatening union jobs. Many of the workers impacted by Biden’s cancellation of the Keystone XL oil pipeline were union jobs, for example, part of a package of anti-oil and gas policies Biden put into place when he first took office.

“There is nothing wrong with investing in and developing alternative forms of energy,” said Galluch. “But if we are doing so at the expense and well-being of working families or driving up the price of fossil fuels to wean people onto different sorts of energy production, I do not think that is the right answer,” says Galluch. “Putting working families through a world of hurt in this inflationary environment more generally is not the right answer.”

Pointing to Scanlon’s voting record, Galluch added she has been against the energy sector from the very beginning.

“Not just her voting record, but even her lack of advocacy I should say for an energy producer in our own district,” Galluch noted. “Monroe Energy in Trainer supports the employment of about 9,000 people in our region and they are really being hurt by a broken regulation called the Renewable Fuel Standard (RFS).”

Scanlon–in office since 2019–has been endorsed by the Sierra Club, the League of Conservation Voters, and the AFL-CIO. She voted for the Build Back Better Act, which includes multiple bans on drilling and energy development while spending more than half a trillion dollars on green energy plans.

Neither Scanlon’s office nor her campaign responded DVJ’s emails seeking comment. Galluch said he was not surprised by Scanlon’s silence. 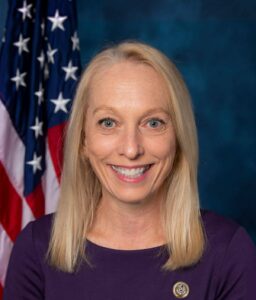 “A representative who valued Monroe Energy’s presence in the district would have been lobbying the Biden administration to alter the terms of the RFS, but the Biden administration kept the RFS,” said Galluch. “The administration renewed it last week in its current form, which puts 9,000 of those jobs in jeopardy, so I think Congresswoman Scanlon’s lack of action and lack of public advocacy for changing the RFS says all you need to know about her stance on energy.”

Monroe Energy may not be the only thing up for debate in this election. A $6.4 billion liquefied natural gas (LNG) export terminal is proposed for the city of Chester. If constructed, the plant would provide more job opportunities for working people and families in the Fifth District. Penn LNG is responsible for the project and claims the operation will be “the greenest and cleanest” export facility of its kind in the nation.

“People in the community of Chester should have a say,” Galluch noted. “We need to openly debate this, it should not be done behind the scenes, and it has to be a transparent process.”

Still, Galluch said that, “If we make the case properly” and show the economic benefits, people will see the positives of having the LNG plant.

“We know as our own energy production has been curtailed, the reliance of our allies on our foes for energy, specifically Russia, has put them in a very vulnerable position,” Galluch, a Navy veteran, said.“So, I think if we explain to people, ‘Look, there are safe ways to ensure that we do not pollute the environment, we do not make a community unsafe, that we are going to benefit from it economically, and then we’re going to benefit from it from a national perspective,’ I think people are going to see that this is a step in the right direction for us.”