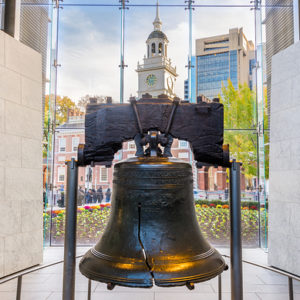 I promise this column will offer slivers of hope for the future of the city of Philadelphia.

For example, the crop of candidates to be the city’s next mayor will almost certainly be better than Mayor Jim Kenney. And the police commissioner that new mayor appoints is all but a lock to be better than current Philadelphia Police Commissioner Danielle Outlaw. That’s the good news.

The challenge is getting to that election and limiting the damage of the current administration. I’ve learned that groups similar to the marauders who recently took over Wildwood, N.J. — perhaps even connected to them — are headed here this weekend. Those thugs, in the course of their lawlessness, drag racing, and violence left two dead and many injured in their wake. Now sources say they are on the Philadelphia Police Department’s radar and the cops are so concerned they’re extending hours for those on duty and calling up more officers.

Their job wasn’t made any easier by the new law, authored by Philadelphia City Councilman Isiah Thomas, which greatly limits the reasons Philadelphia police can stop vehicles for violations. Thomas pushed the bill because he believes many police engage in racial profiling in stopping motorists. Some cops fear the gangs that may be flooding into Philadelphia this weekend are aware of this change and are ready to exploit it.

This is the current situation Philadelphia has backed itself into. But there is another silver of hope. The situation has gotten so bad that I’m told several influential people in Philadelphia are gearing up to push a plan similar to the one Delaware County District Attorney Jack Stollsteimer and local police have put into action to greatly reduce violence in the city of Chester. That plan targets those who are in groups that are likely to shoot someone or be shot by someone and offers them programs to help give them decent jobs and change their lives. Otherwise, they will be at the center of the law enforcement radar whenever violence happens. The influential group in Philadelphia will demand that candidates for mayor sign off on instituting the Chester plan in Philadelphia or suffer united opposition.

I have interviewed most of the likely candidates for mayor and think they would sign off on a Chester plan. Candidates like former Councilpersons Cherelle Parker, Derek Green, and Alan Domb would institute a plan like Chester’s and I think if supermarket magnate Jeff Brown runs, he would, too.

The one candidate who would not sign off is Councilperson Helen Gym. I believe she is going to run. I know she is as far left as Philadelphia District Attorney Larry Krasner. She is a hardcore opponent of charter schools and gun rights. And she is a harsh critic of the police. If she wins, I’m convinced Philadelphia will be more lawless than it is now.

Which is why I’m optimistic, after speaking with some powerful liberal groups, that there is widespread support for a system like Chester’s, and the need to confront our crime issue in Philadelphia. Unfortunately, if Larry Krasner is still the D.A. it won’t make much difference what approach the city takes if he’s putting his progressive politics ahead of public safety. Let’s hope the state legislature solves that problem for us.

And speaking (again) of hope, I’m hopeful for the future because, during a recent interview on my radio show, Republican Philadelphia City Councilman David Oh told me if he sees a path to victory, he may give up his seat and run for mayor. He would do a great job.

So, let’s hope that this coming weekend the Philadelphia police can protect citizens and the green shoots of hope for our city will continue to grow.