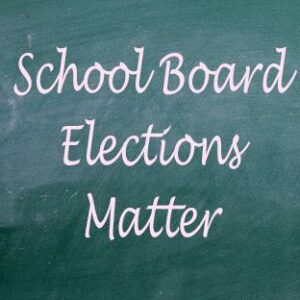 I couldn’t agree more. And one week out from school board elections across Pennsylvania, I am feeling very confident that we are going to see parents flock to the polls and elect hundreds of new board members who will involve parents in school decisions, emphasize in-person education, try to roll back masking for kids in schools, and rid schools of the divisive variants of Critical Race Theory that are now operational in schools.

I am thrilled with the fact that this past summer parents have attended meetings, tried to get questions answered, and in some cases been inspired to run for board seats. Many in the media see this movement not as democracy in action, but as misinformed people stirred up by sinister right-wing operatives.

This imagery has fueled the claim that not only are the protesting parents misinformed but some of them are dangerous. The National School Board Association acted on that narrative and sent an open letter to President Joe Biden asking for help from the FBI, Homeland Security, and cited the Patriot Act as a vehicle to possibly use to put down this revolt of parents.

They overplayed their hand and it has further fired up parents to fight back. In fact, the intensity of the response has forced the NSBA to issue an open letter of apology. They said, “As we’ve reiterated since the letter was sent, we deeply value not only the work of local school boards that make important contributions within our communities, but also the voices of parents, who should and must continue to be heard when it comes to decisions about their children’s education, health, and safety.” In other words, we got caught.

Parents and the groups they have organized are also running hard to get on school boards because they are fearful many current board members are planning to cite cold and flu season after the November elections as a reason to move away from in-school learning. The Philadelphia Inquirer interviewed Lis Licwinko-Engleman, a mother in the Norristown Area School District, who expressed that fear.

Licwinko-Engleman is one of the more than 80 school board candidates backed by the Keeping Kids in School PCA which was started by Clarice Schillinger, a mom in the Hatboro-Horsham School District and frequent guest on my show. I have marveled at how she has organized and coached moms and dads to run for school boards and even gotten $500,000 from Bucks County venture capitalist Paul Martino to use to publicize the positions of the candidates she has identified.

Schillinger’s organization is focused on getting school boards to follow the science and keep schools open and allow parents to determine whether or not to have their kids wear a mask while in school. I have interviewed other groups that are hoping to get their school districts to become transparent about the school curriculum and to rid the system of Critical Race Theory and all its variants that have been smuggled into many area schools. Those parents feel that under the banners of equity and diversity. school districts are selling the message that America in 2021 is a racist country.

I feel that on November 2 when the school board election results are counted in Pennsylvania and across the country, parental rights over the education of their kids will be restored. And Ralph Reed will be celebrating somewhere.