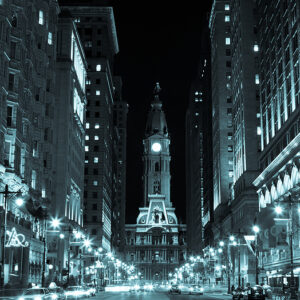 It’s been a great first year writing a column for this new and much needed media outlet. Most of my columns have been about alerting readers to any number of negative things happening across the Delaware Valley. I thought for the last column of the year, I’d give you some rays of life that I see developing in our area. I’m not talking about the bright sunshine of an 80-degree day on a Wildwood beach but some hopeful bits of sunshine that might brighten up in 2022.

The best example of this is the recent pushback against Larry Krasner for his attempts recently to minimize the violence and chaos that have overrun Philadelphia. On my radio show I was joined by former District Attorney Seth Williams, former Governor Ed Rendell, and former Mayor Michael Nutter. All three were personally offended by Krasner and Nutter was particularly offended by Krasner posturing as the Great White Hope in Black and Brown communities.

Williams made the case that Krasner’s pride and ideology were blocking Philadelphia from implementing the strategies that the City of Chester is using to significantly lower violent crime, particularly homicides. Essentially, law enforcement is targeting those in Chester who are most likely to be carrying illegal guns and commit a murder. They tell these people that they will help them get a job and an education but if they are caught with a gun, they will get the most severe penalty. Krasner will not sign off on a plan like Chester’s. These results in Chester demand that we use them to turn up the heat on Krasner.

Pennsylvania Attorney General Josh Shapiro is running for governor as a Democrat who wants to use every means to turn around homicide rates in Philadelphia. He is great at posing in this role, but he refuses to call out Krasner. I’m hoping that a strong field of Republican candidates will be able to use this dilemma to defeat Shapiro in what I view is the most important race in America. The reason is that which ever party wins will control the election infrastructure for the big presidential race in 2024.

A big ray of light in 2021 came through the person of Clarice Schillinger who organized thousands of parents into a group Back to School Pa. that fought to stop shutdowns of schools. She then went on to quarterback the winning of 133 school board seats in Pennsylvania in the most recent election cycle. Watch for her as a force in Pennsylvania politics in an even bigger way in 2022.

In New Jersey newly elected state Senator Ed Durr was Gloucester County will be a big force in New Jersey politics. I’ve interviewed him twice and he has a tremendous sense of the hope he represents for people who have suffered under extremely progressive rule in New Jersey. He knows that those progressive elements will do anything to snuff out this hope and he is positioning himself already for his next race in a few years. Of course, he’ll stay grounded by still driving a furniture truck as his day job.

Maybe the most hopeful signal for the next year is that Pennsylvania Governor Tom Wolf has been stopped from continuing his one-man rule of Pennsylvania that unnecessarily shut down schools and businesses. Many school districts across the area have decided to empower parents to make the choice about whether or not to have their kids wear masks while in school.

I am very hopeful that 2022 will be a good year that will see better safety and prosperity for everyone across the Delaware Valley.