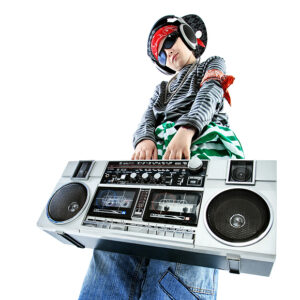 As the weather turns warmer, Philadelphia is poised to become a major “boom “town again.

Dan, my producer, noticed that Greg Bucceroni, a support specialist with the City of Philadelphia’s Town Watch Integrated Services, was organizing a virtual meeting for South Jersey residents plagued by the boom parties that I mentioned. I couldn’t believe that gangs could routinely gather late at night in South Philly and Tacony and muster enough sound to thoroughly disturb people sleeping in South Jersey.

This lead on my radio show to people explaining how damaging sound could be and how the sound was being amplified by the water separating Philadelphia from South Jersey. A deep dive led us to a resolution passed by the Gloucester City Town Council in which they cited a study from Noise Free America: A Coalition to Promote Quiet that found that these vehicles retrofitted with car stereos pumping out 175 decibels and using a 48,000-watt system would be approximately eight times louder than a 747 jet. The jet comparison may get your attention, but the wattage got mine because Talk Radio 1210, my station, is considered a blow torch and is only 50,000 watts.

This resolution led me to interview Daniel Spencer, the mayor of Gloucester City, New Jersey. The mayor me that even though he lives seven blocks from the waterfront on the Jersey side, he is often blasted out of his bed at one in the morning by boom parties. He told me that the noise affects residents of Cinnaminson, Palmyra, Delran, Pennsauken, Oaklyn, and Collingwood.

He also said that I-95 blocks the noise in Philadelphia.

Mayor Spencer also told me that the mayors had joined together and tried to contact Mayor Jim Kenney and other top Philadelphia officials and received no response from them. We discussed my grand theory that Philadelphia, particularly under progressives like Jim Kenney, is a bad neighbor. For example, I’m told that most of the surrounding suburban police departments will not send their cops into Philadelphia as they used to when aid was requested because of fears of false prosecution by Philadelphia District Attorney Larry Krasner who is perceived to be anti-cop.

Mayor Spencer did tell me that his one hope for relief was tied to Philadelphia Police Captain John Walker who is now in charge of trying to deal with the problem. I also had Captain Walker on my radio show, and we discussed some things that are being done to stop the noise. He mentioned South Jersey residents in his materials getting more insulation and possibly triple pane windows in their homes. However, he also talked about being driven to stop this problem.

I was impressed with Captain Walker, but the problem comes down to giving him and the Philadelphia more legal tools and penalties to deter people who have no regard for the rights of other people. Why can’t police confiscate the vehicles used for boom parties? Rather than issuing citations to multiple offenders, how about arresting them? In talking with Walker, we discussed the same issues in dealing with packs of all-terrain vehicles threatening safety and quality of life in many Philadelphia neighborhoods.

The whole situation points out fully my belief that unlike Las Vegas bad things that happen in Philly don’t stay in Philly.