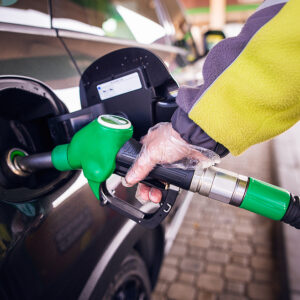 GIORDANO: NJ Pols Wrong About ‘Pump Your Own Gas’ Politics

Every day on my radio show, in addition to the serious questions of the day, I ask a side question about something that’s just entertaining.

One day last year, I asked my listeners to give me an entertaining sign that the Apocalypse was upon us. The winner? A guy from the Garden State who said: When you can pump your own gas in New Jersey, it’s all over.

Ladies and gentlemen, the Apocalypse is upon us.

Due to the Ukraine crisis driving up gas prices and the inability of gas station owners to hire enough attendants to pump gas, it appears that both Democratic and Republican politicians in New Jersey are poised to allow drivers to pump their own gas. For people who aren’t from Jersey, this is akin to Las Vegas casinos letting you deal your own cards.

Jersey pols seem to think their voters are ready for that change and will support a law that will allow self-serve gas. (The proposal would still require a station with four or more pumps to have an attendant to pump gas for drivers who choose full service.)

I beg to differ.

Based on the callers I’ve heard from, this change to self-serve will not go down easily. I interviewed New Jersey Republican state Sen. Declan Scanlan, a conservative who is very shrewd politically. But I think he’s underestimating the ferocity of the opposition to the proposed change at the pump.

He gave logical answers to status quo defenses. And I agree it’s ridiculous drivers in Jersey don’t have the choice to save time and pump their own gas. But I also believe former Gov. Chris Christie figured this issue out.

Christie was in favor of allowing choice, but he told NJ.com that it’s not an economic issue. It’s an “incredible gender issue.”

“We polled this over and over,” Christie said. “The last poll we did on this question, 78 percent of New Jersey women said they were opposed to self-serve gas. Seventy-eight percent! You can’t find 78 percent of people in New jersey who agree on anything!”

On the other side of the river, Pennsylvania politicians are trying to sell gas tax holidays. Gov. Tom Wolf wants to suspend the federal gas until the end of the year. Pennsylvania state Sen. Jake Corman wants to include the state gas tax in a tax holiday. I don’t want to do either.

I think both these ideas are a deflection from the pressure right now on the Biden administration and others and open up all the energy resources that we have in America and drive down prices.

The smart strategy for immediate price relief at the pump was summarized by Nick Loris, the vice president of Public Policy for the Conservative Coalition for Climate Solutions. Loris points out drivers could save up to 15 cents per gallon by waiving requirements to switch to summer blends which reduce emissions. Also, dropping the Jones Act mandate that oil shipped between two ports in the U. S. must be transported on a U. S.-built, U.S.-flagged vessel with a crew that is at least 75 percent American.

Under the Jones Act — which is defended to the death by labor interests — northeast refiners paid triple the price to ship oil in from Texas than from West Africa or Saudi Arabia.

Those ideas will help in the short term. But over the long term, this crisis forces us to determine if we want to make America energy independent again, or if we accept the green activists’ “leave it in the ground” argument about America’s — and Pennsylvania’s — abundant oil and natural gas.

In a recent editorial, The Philadelphia Inquirer said the current price spikes as a way to get Americans to give up driving and turn to mass transit. Americans do care about the environment, but I think they will punish any politician or party that uses this crisis to punish Americans.