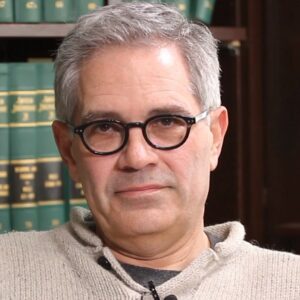 When the news broke last week that Supreme Court Justice Stephen Breyer is retiring from the Supreme Court, I reminded my radio listeners that the progressive group Demand Justice had Philadelphia District Attorney Larry Krasner on their shortlist of people they would like to see on the Supreme Court.

For the record, I wholly support the nomination of Krasner because he would be rejected, and the spectacle of his testimony would help to get him impeached from his current office and further shine a light on all the current George Soros-supported district attorneys that are enabling an out-of-control crime surge.

The impeachment of Krasner has been a centerpiece of my thinking since Pennsylvania Senate President Jake Corman broke the news on my show that he wrote an open letter to the Republican leaders in the state House of Representatives calling upon them to start the impeachment process against Krasner for his refusal to enforce the laws of the Commonwealth of Pennsylvania.

That announcement has triggered tremendous support from my listeners, but a number of tense interviews with Republican elected officials who are dreaming up all kinds of reasons why they won’t proceed with holding Krasner accountable. People like State Sen. Doug Mastriano, who is also a candidate for governor. He went on Newsmax to say it would be wrong to try to impeach Krasner because Krasner recently won re-election with 70 percent of the vote in Philadelphia.

Well, Alvin Bragg, the recently-elected district attorney of Manhattan who won 83 percent of the vote, was confronted in a public meeting by New York Gov. Kathy Hochul. Word was leaked from the meeting that Hochul would remove Bragg from office if he continued his promise to not prosecute or fully prosecute violent crimes. Therefore, since we have no impeachment process in Philadelphia, we need state officials to hold Krasner accountable.

Republicans have also told me they have given Attorney General Josh Shapiro concurrent power to Krasner to prosecute crimes that Krasner will not prosecute. I believe that is an attempt to damage Shapiro’s run for governor. They have to know Shapiro has not challenged Krasner yet and will continue to dodge using this power.

Republican leaders have also told me Corman and the state Senate already have the power to remove Krasner from office, and they don’t want any proceedings to start in the House of Representatives. I think they are wrong. In order for any impeachment proceedings to not be perceived as wholly political, it is important that Krasner be given every chance to defend himself by receiving full hearings in the House, followed by an impeachment vote in the House, followed by a trial in the Senate.

The last argument I’ve heard by elected officials on my show is that no Democrat in the Senate would vote to impeach, giving the body the necessary two-thirds of votes needed to remove Krasner from office. First, Corman told me last week he had been approached by two Philadelphia Democrat House members who said if articles of impeachment are presented, they would vote to impeach Krasner. Corman also noted several relatively moderate Democrat senators would be under pressure from their constituents to vote to remove Krasner if he testified and his record was fully publicized across the state.

I’m convinced that within the next few weeks, articles of impeachment against Krasner will be offered in the House of Representatives. When that happens, it will be time to force Krasner to explain how his non-enforcement of the law and the resulting carnage in Philadelphia is not impeachable.