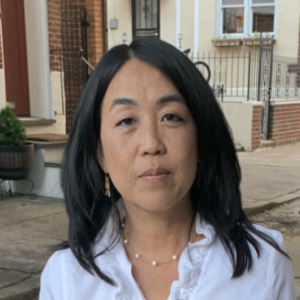 My crystal ball that is targeted toward the future of Philadelphia was triggered last week by the arrest of Philadelphia City Councilperson Helen Gym for her disruption of the Pennsylvania State Senate over her usual broken record complaint that Philadelphia Public Schools are not getting enough taxpayer money. She usually has her trademark bullhorn when making this complaint.

Her bullhorn was absent but she played her patented “shame” card when arrested. She said,” Shame on Pennsylvania, shame on the unjust funding of our school kids, shame on the legislature for not standing up for our children.” This typical Gym theatrical performance triggered me because she is the leading candidate to be the next mayor of Philadelphia and someone much further to the left than Mayor Jim Kenney.

Helen Gym burst onto my radar screen several years ago when she became the leading advocate for Asian students who were being attacked almost entirely by African -American students at South Philadelphia High School. Gym however essentially did not blame the direct perpetrators but blamed the system. 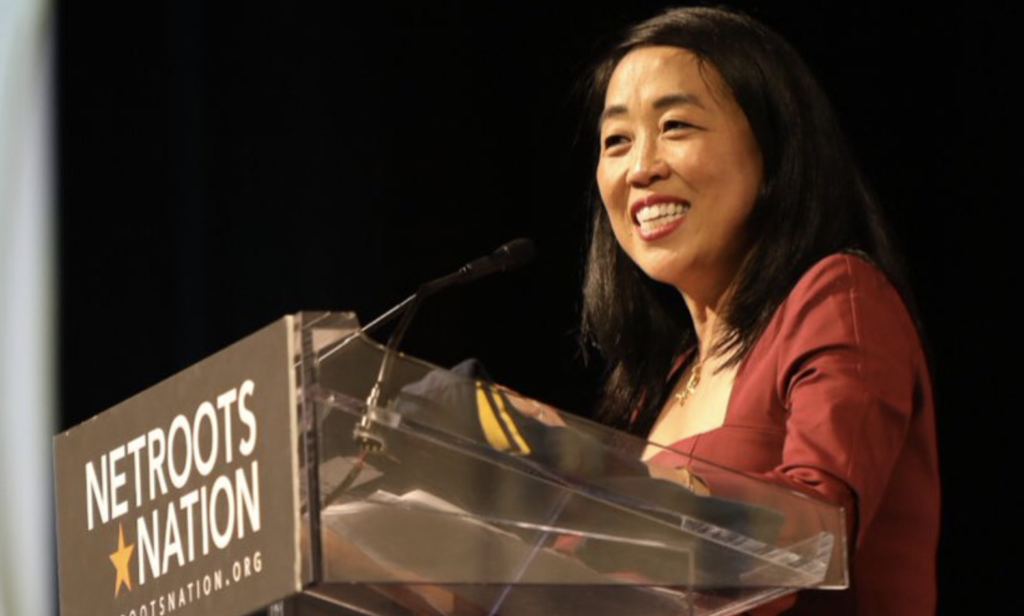 Helen Gym speaks at “Netroots Nation,” a convention for far-Left and progressive activists in Washington, DC.

Gym was eventually elected to the Philadelphia City Council and in the Democratic primary for her second term, she became the first person to exceed 100,000 votes in the last 32 years. She was the leader of the radical movement in Philadelphia that eventually got the Rizzo statue removed from in front of the Municipal Services Building. In addition to the usual progressive agenda items, she focuses on attacks on charter and private schools and is a leader of the many fronts being waged against the Philadelphia Police.

If Gym becomes mayor, I think she would govern to the left of even people like Philadelphia District Attorney Larry Krasner. Radical elements tout her as our homegrown version of AOC. She would destroy whatever slim chance Philadelphia has of recovering from its current path of dysfunction.

Gym’s arrest triggered my crystal ball because I think her leading rival is City Councilman Alan Domb who recently was on my show to discuss how dire Philadelphia’s economic path is and how he would fix it. Domb is sometimes called the “Condo King” and is wealthy enough to fund a campaign that could defeat a radical like Gym and put Philadelphia back on a path to a liberal but reality-based path to success.

Domb told me that Philadelphia is only behind New York City on combined corporate tax rate. Philadelphia depends on wage and business taxes which are less stable during economic downturns and lost 14.7 percent of its Budget in 2021 and this is much worse than even Baltimore. Yes, Baltimore! We said we are the worst in the country per capita for small and midsize business establishments. He ended by telling me that even when jobs are created in Philadelphia, we have grown a disproportionately larger share of lower-wage jobs than the nation and the 25 largest American cities.

We discussed the various reduction of tax plans that he has before the Philadelphia City Council and how long-term they would grow higher-wage jobs again in the city.

So, in a race between Domb and Gym we would see a huge choice. I’m counting on Gym to ratchet up her bullhorn act to negate any threat from her left. I’m counting on Domb to be able to spend enough on media to clearly portray Gym as too radical even for Philadelphia.

On my radio show, I’m usually too cynical to think Philadelphia has any chance of stopping its slide to becoming Detroit. I’m counting on my crystal ball and Gym and Domb to prove me wrong.